Blueprint is IDEO CoLab's annual member event. CoLab convene's industry leaders from around the world to see a glimpse of the future through prototypes that are on display made during the year, talks from leading experts in numerous research fields, and breakout work sessions during the day.

I led the blueprint brand team for 3 years from 2016 to 2018, creating themed event collateral and visual style guides for the CoLab so that the prototypes showcased would have a uniform presentation across the venue. All Blueprint events were forward looking, and based off of an inspiration word or term. 2017’s term was vectors, a direction with both measurable force and magnitude. Vectors were used as a metaphor to describe CoLab’s 2017 initiatives to move our projects forward, and describe our rapidly expanding network, which was soaring to new heights.

The event branding focused on two spot colors to create a modern, saturated, high contrast space. I created custom illustrations for the event posters, along with takeaway cards for each prototype present at the event. 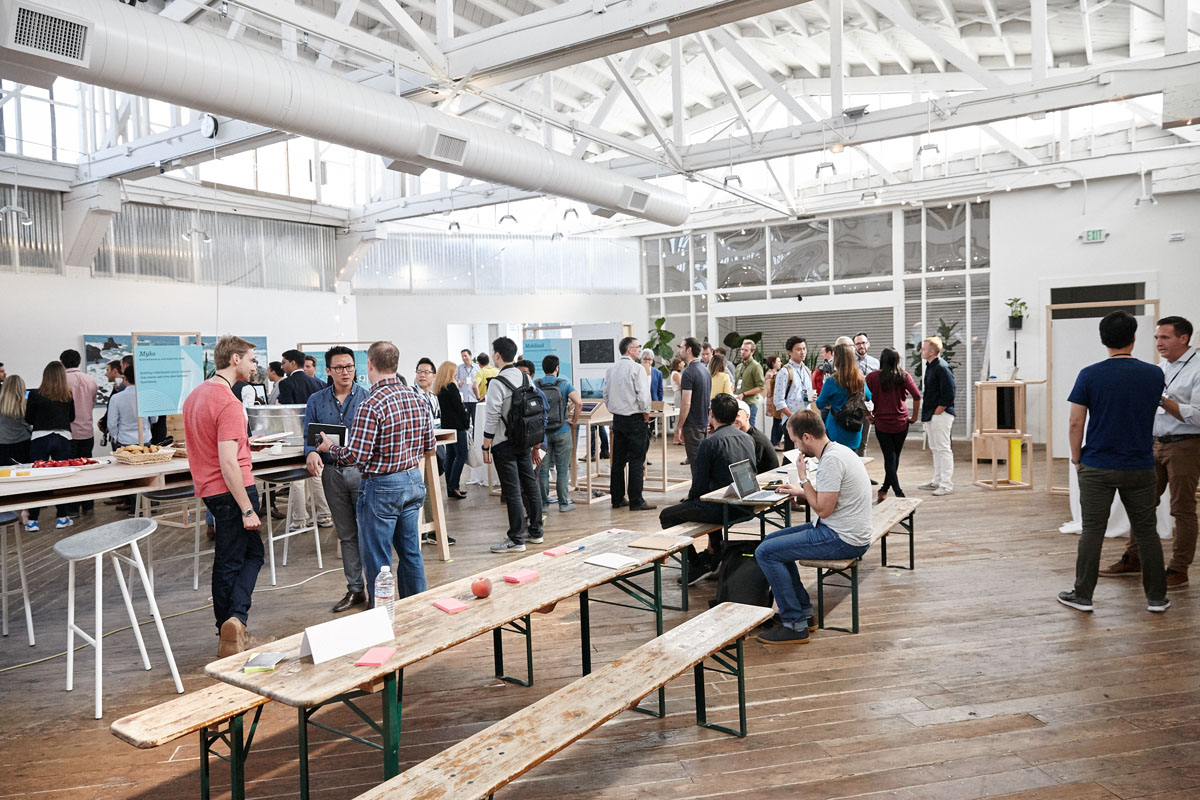 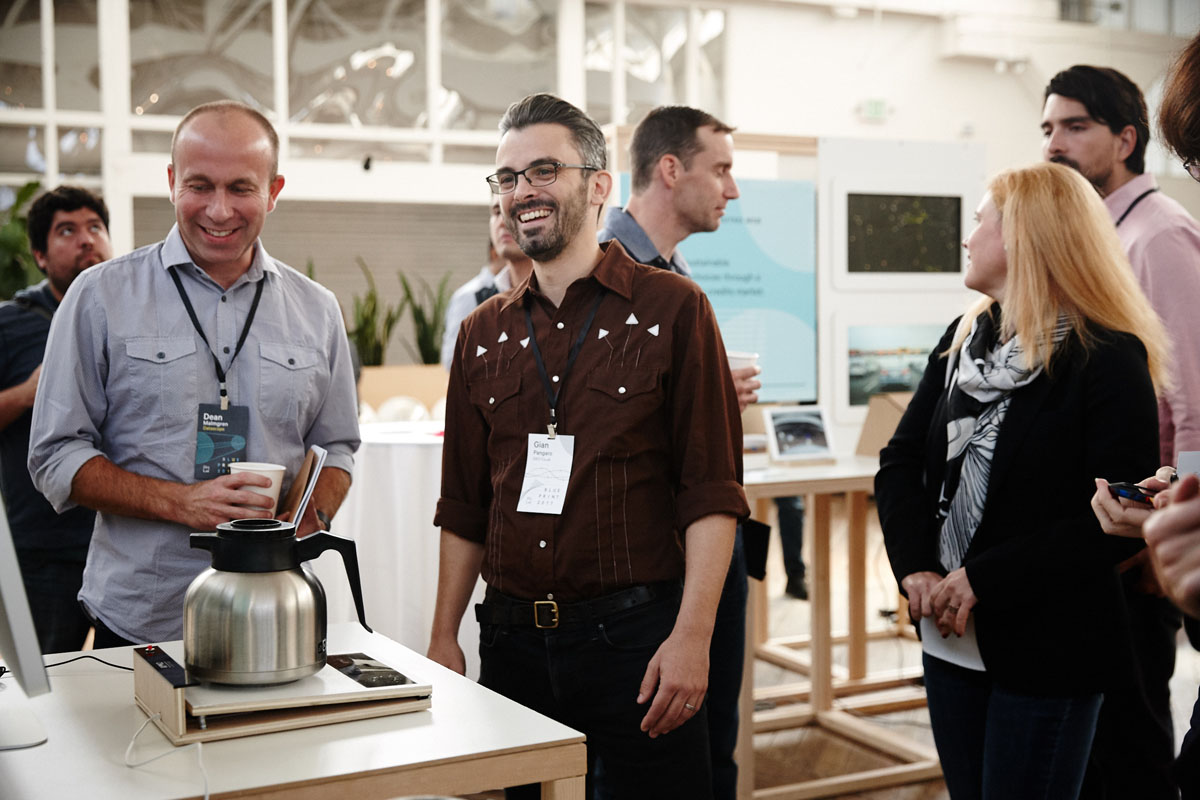 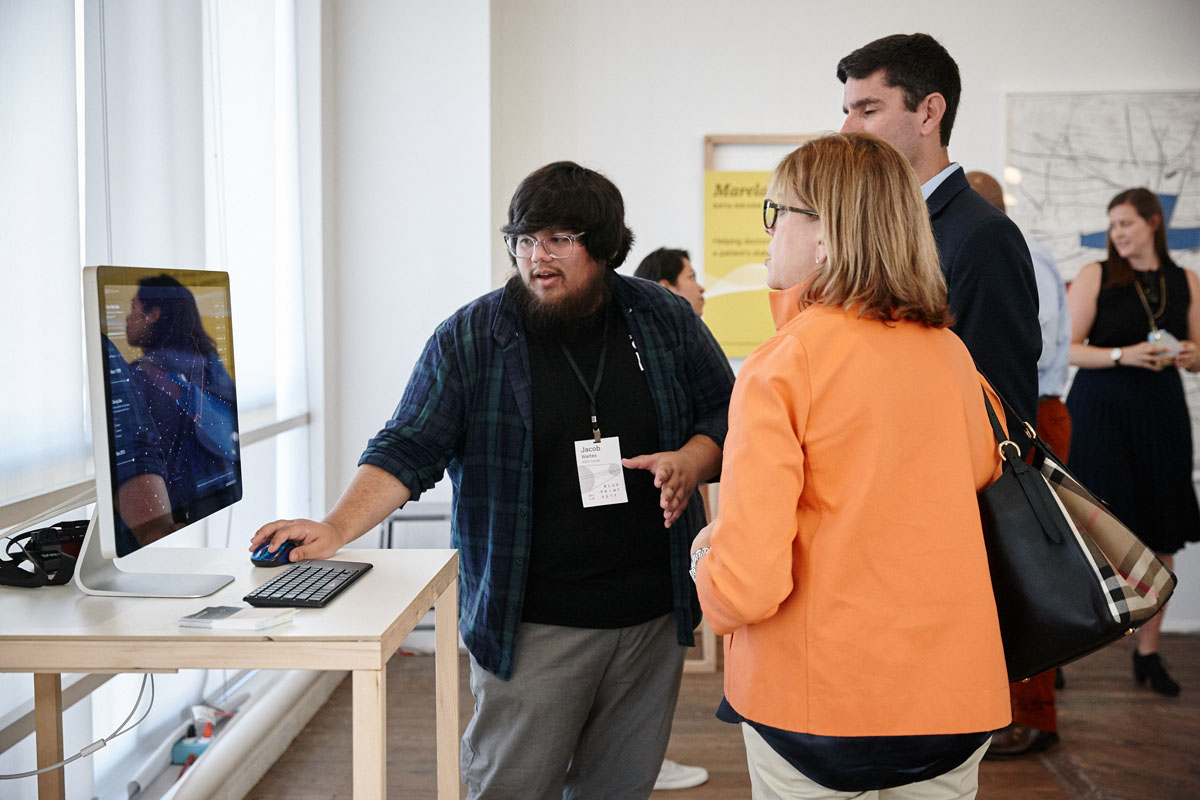 For all blueprint events, I created a visual library file that was shared with the entire event team, this was filled with vector and raster resources that could be copied and pasted into keynote decks or poster templates to quickly brand event comms and imagery. 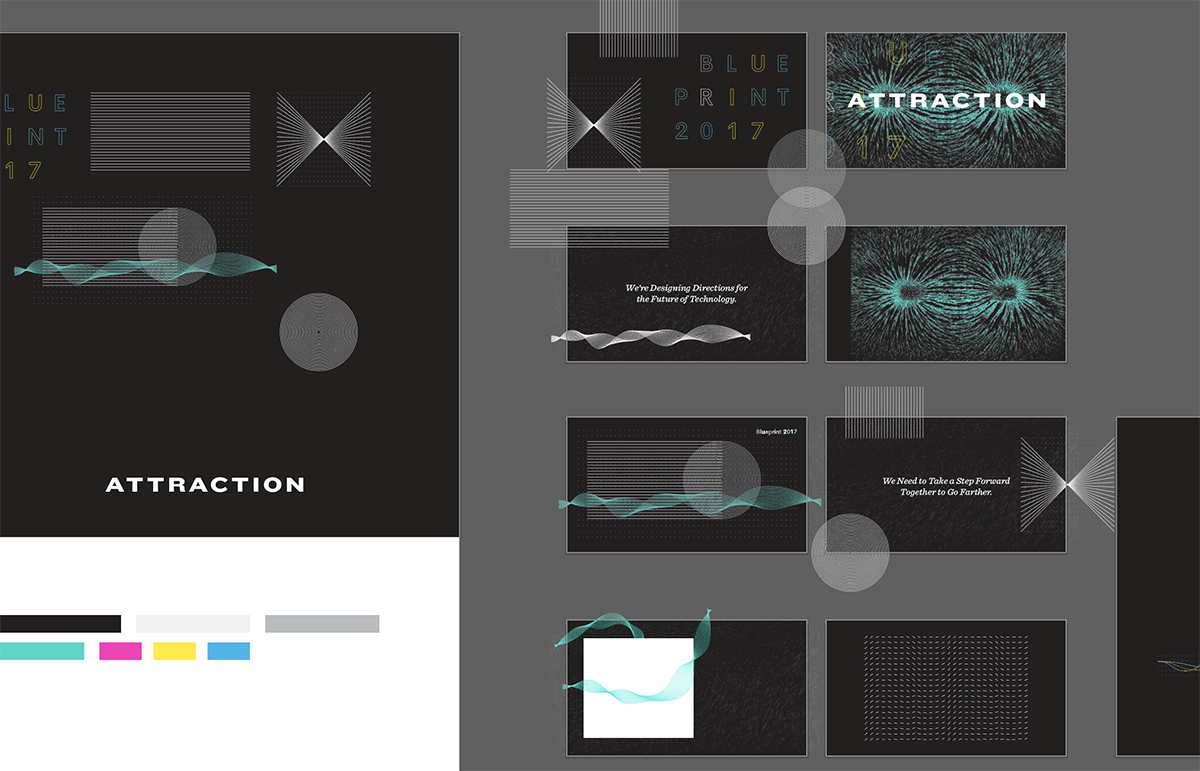 The illustration style for the event was heavily stroke based, and combined the vector forms with line illustrations of different prototypes and portfolio area imagery. Since the color palette was bilaterally split it was simple to create minimal illustrations that spoke to either feature portfolio. 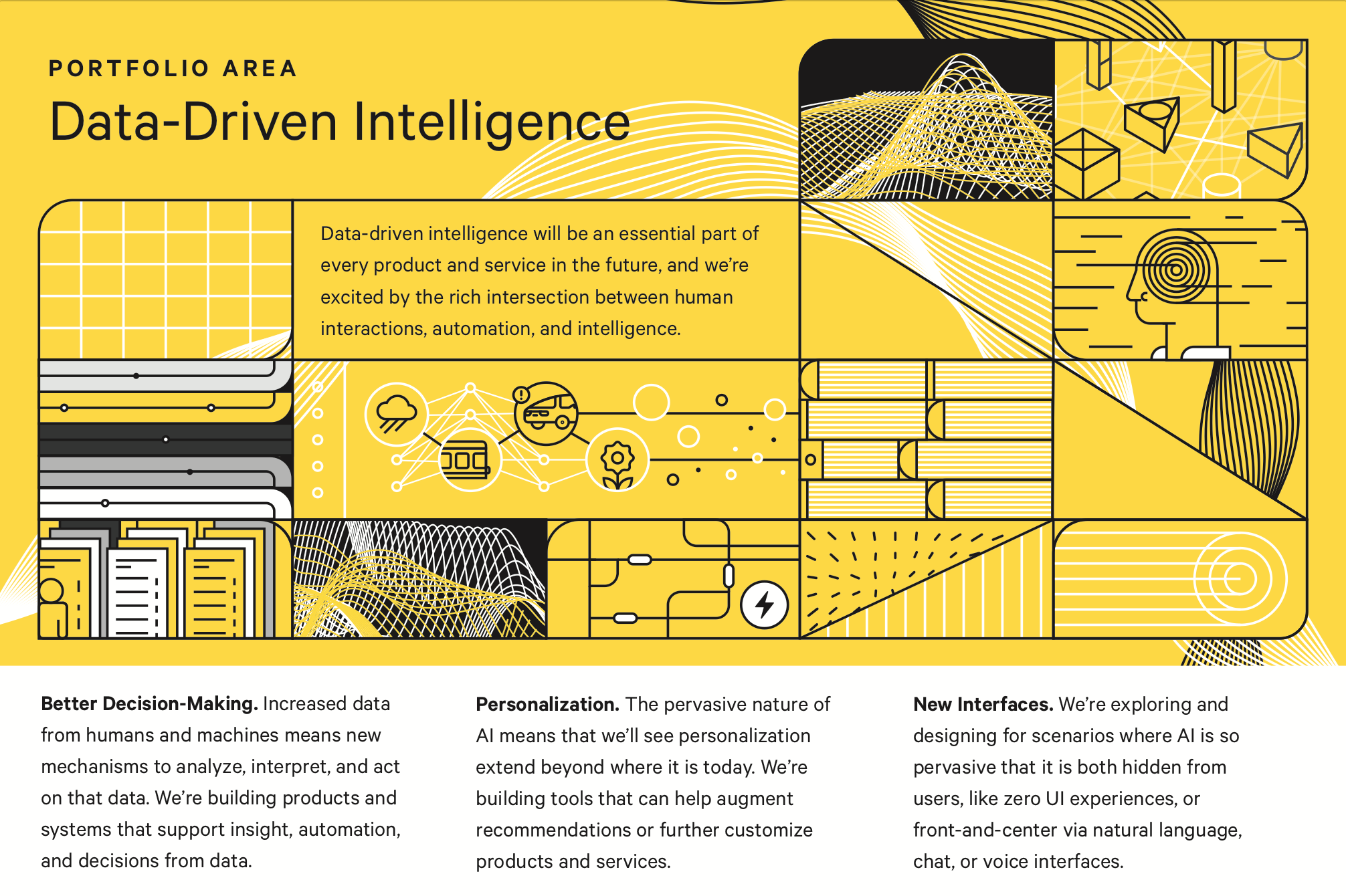 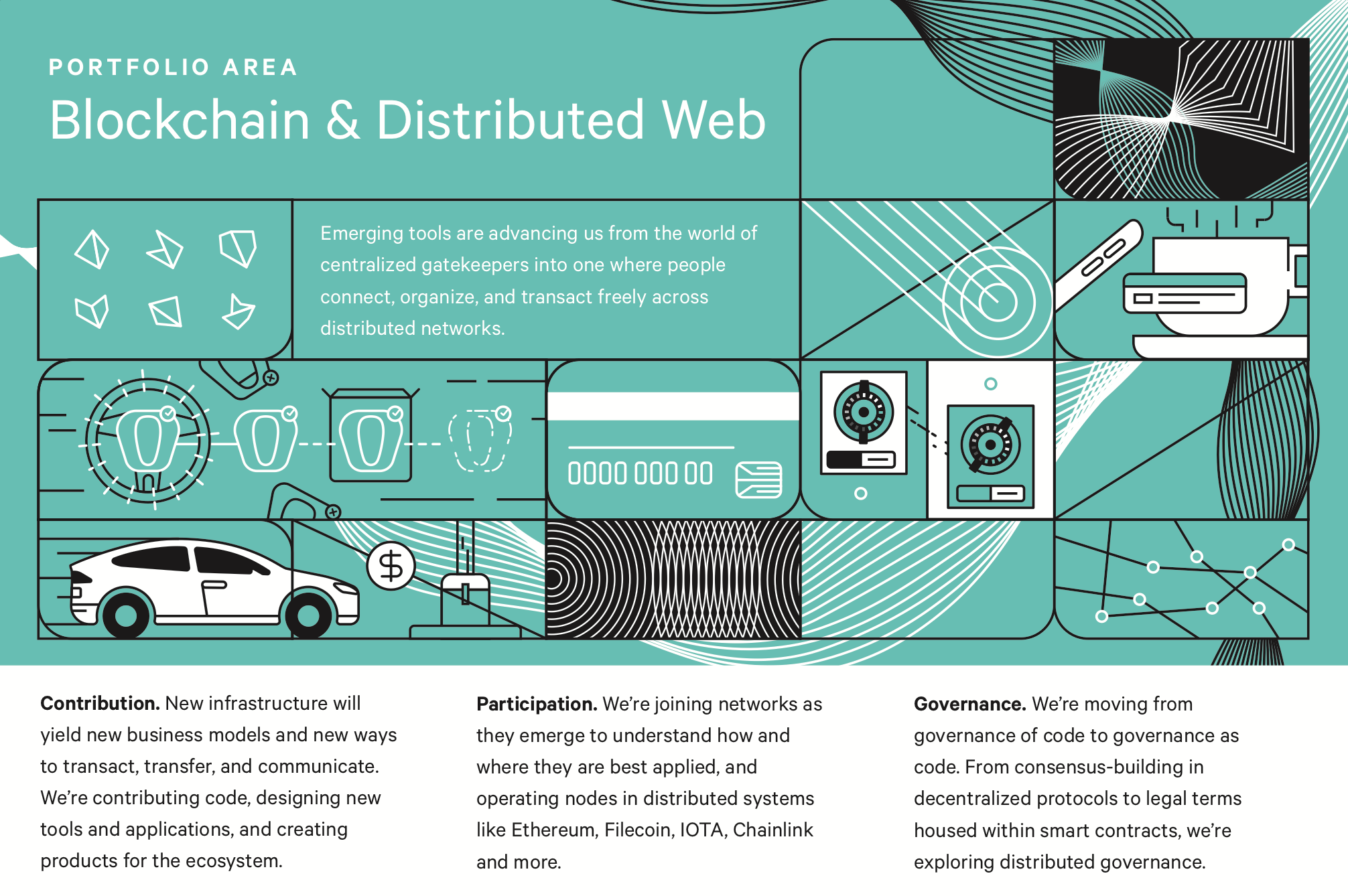 I designed physical signage for the event in collaboration with Adam Lukasik, who led the industrial design and production of this year’s fixtures. In the end, we created the signage consisted of portfolio wayfinding, prototype housing fixtures, and also decorative elements with laser etched vector graphics and hand-inlayed ink. 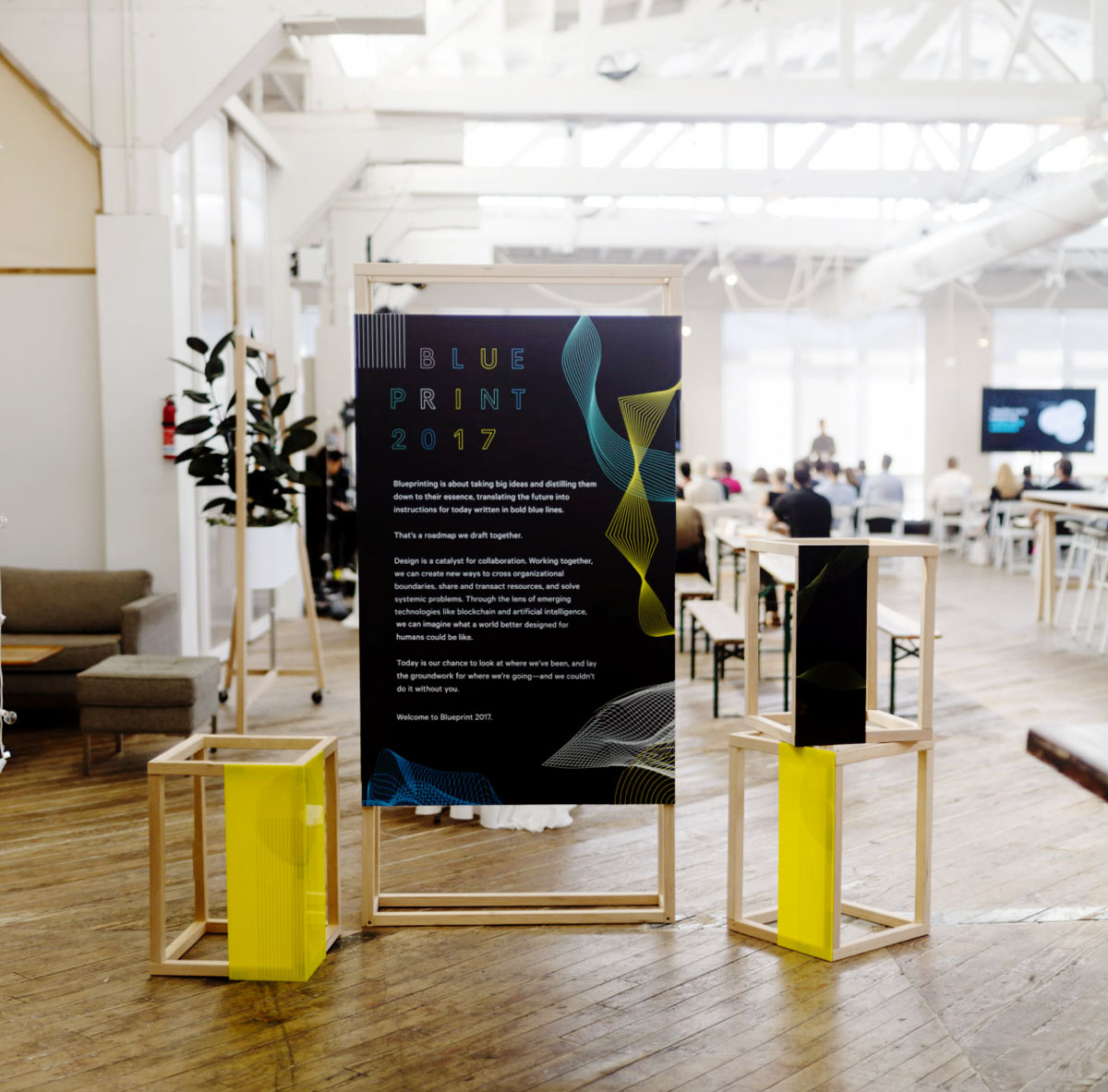 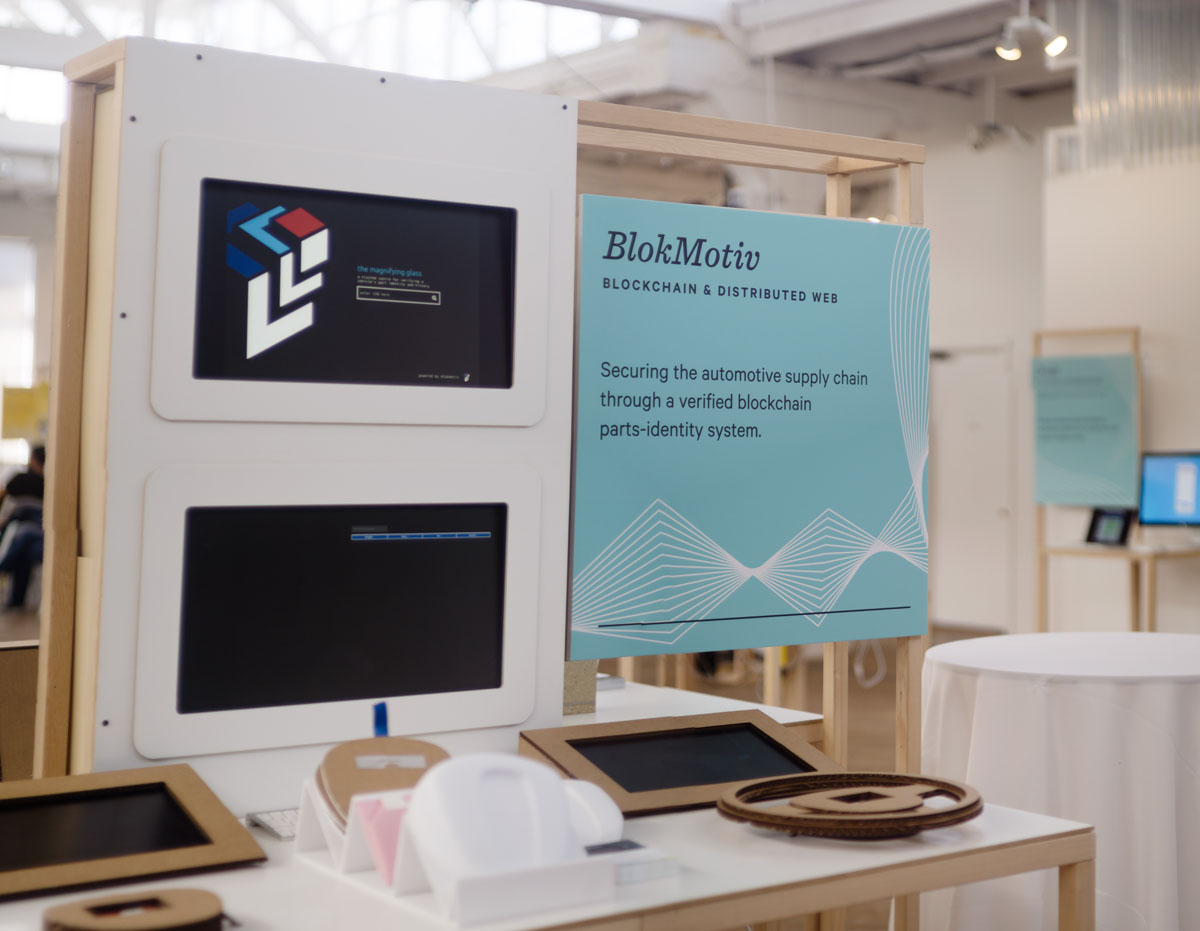 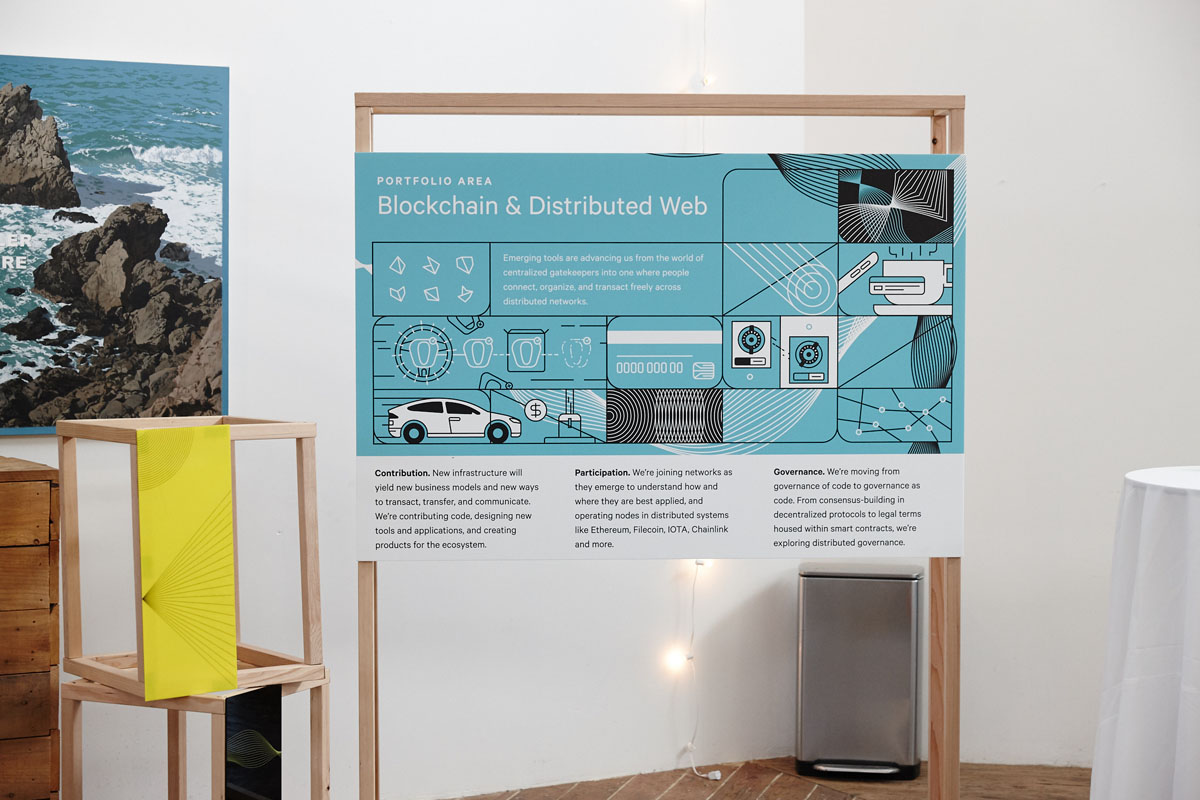 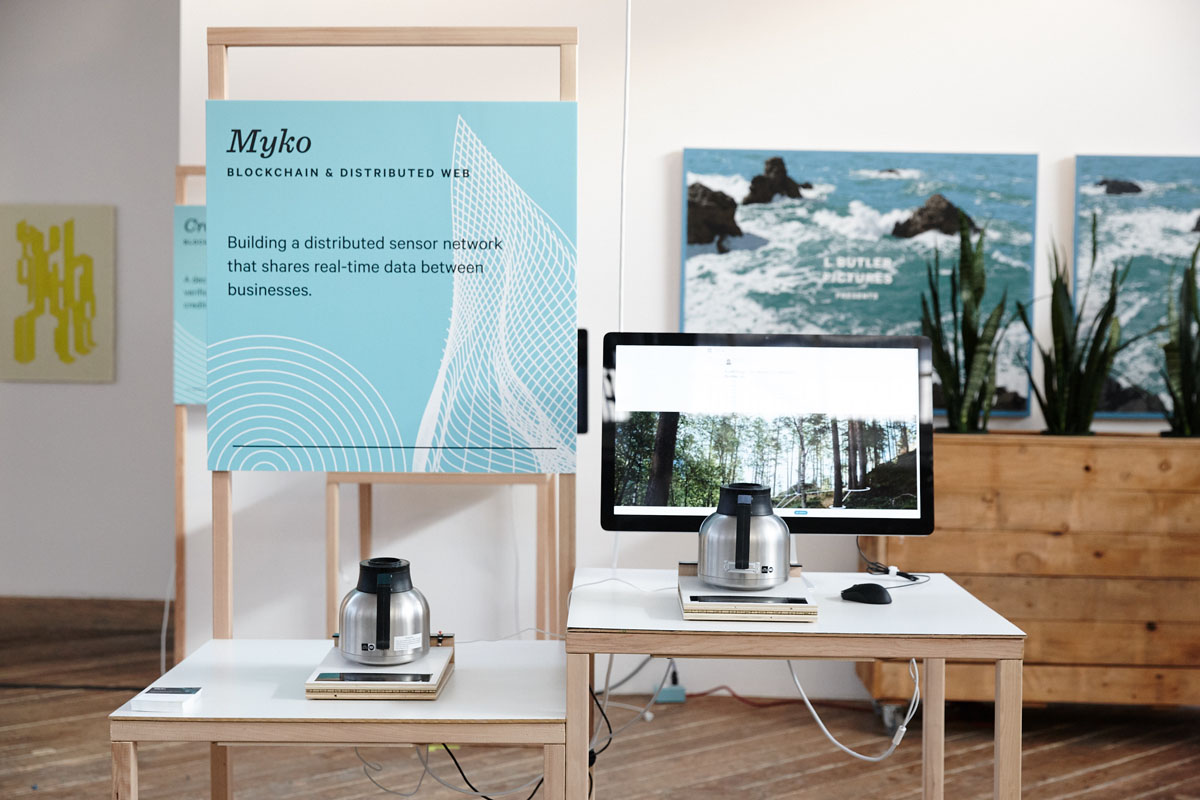 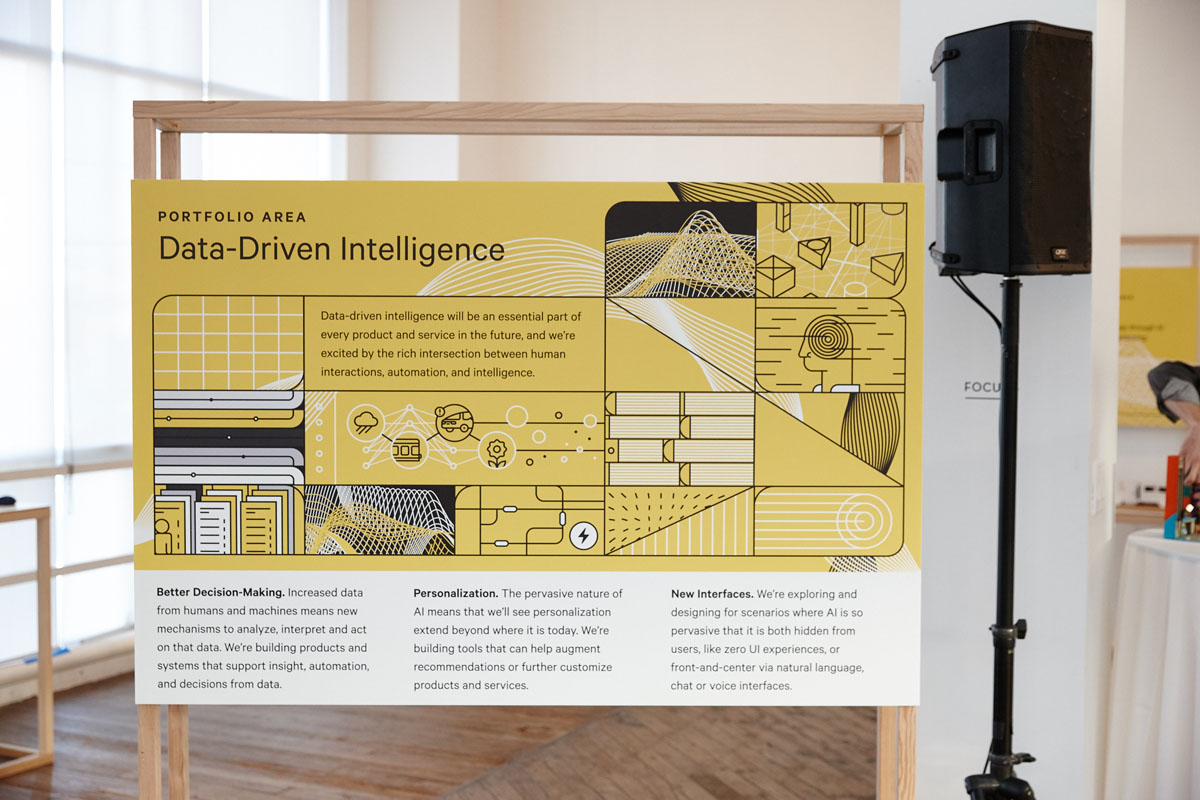 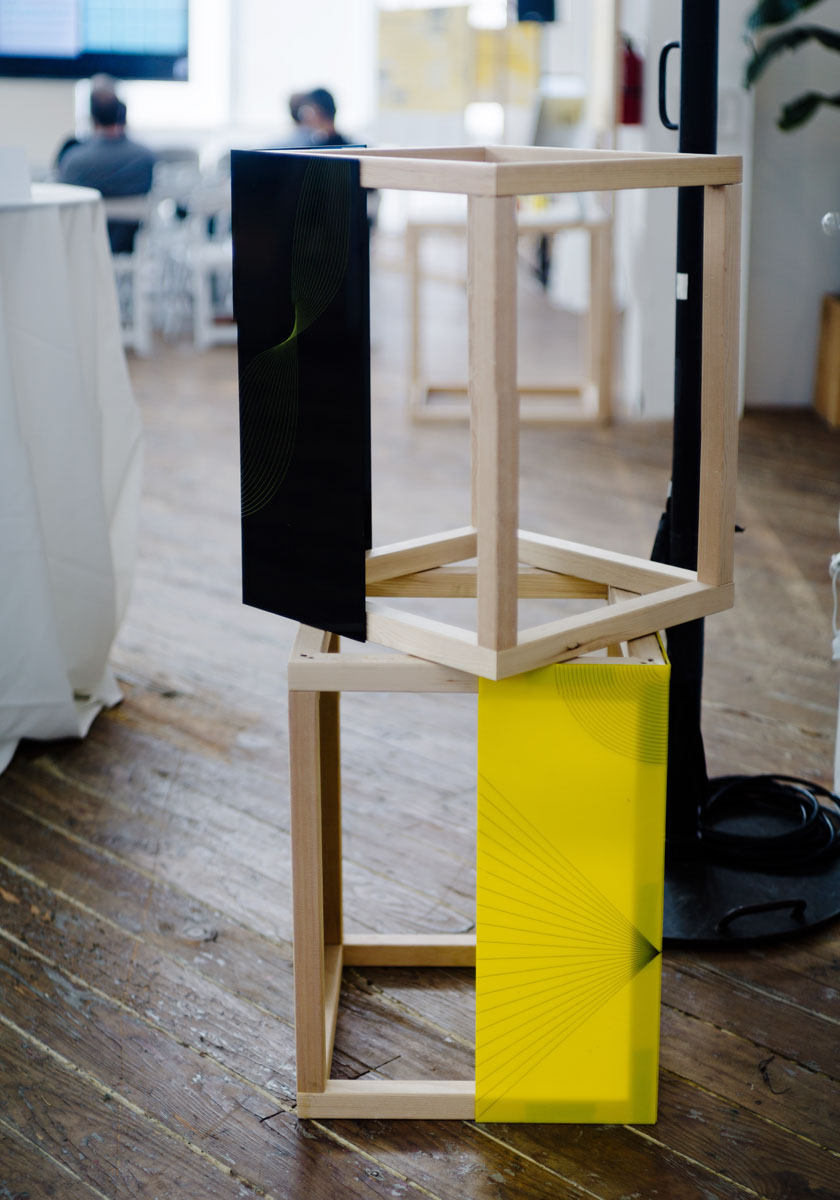 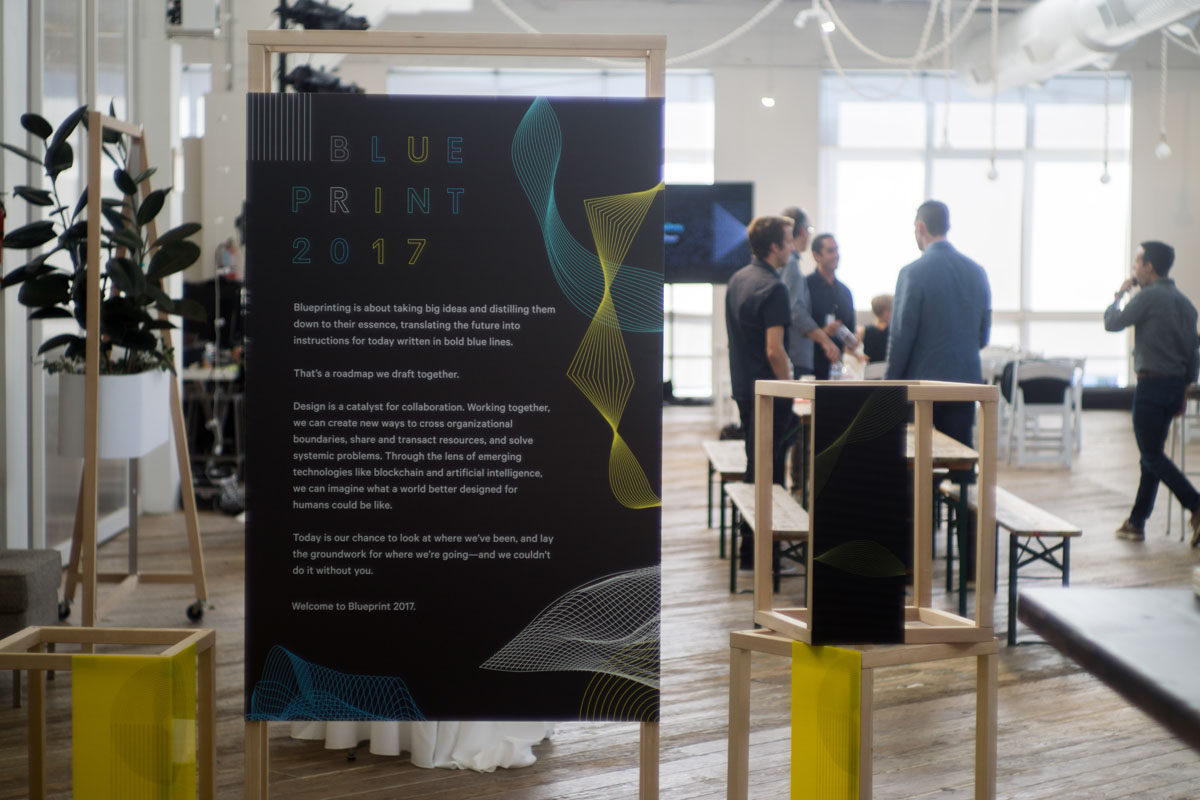 The event nametags were printed from a set of 60 unique designs, and attendees were also given shirts and webcam covers (we’re serious about privacy). 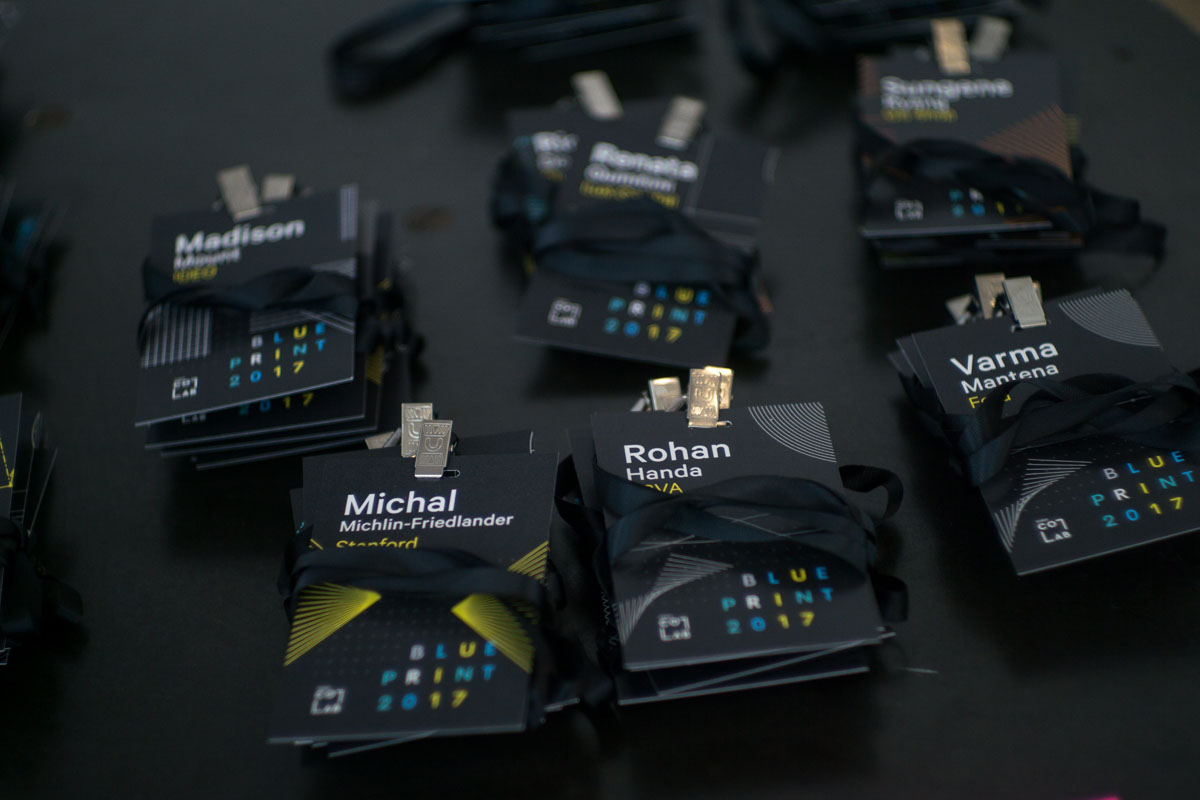 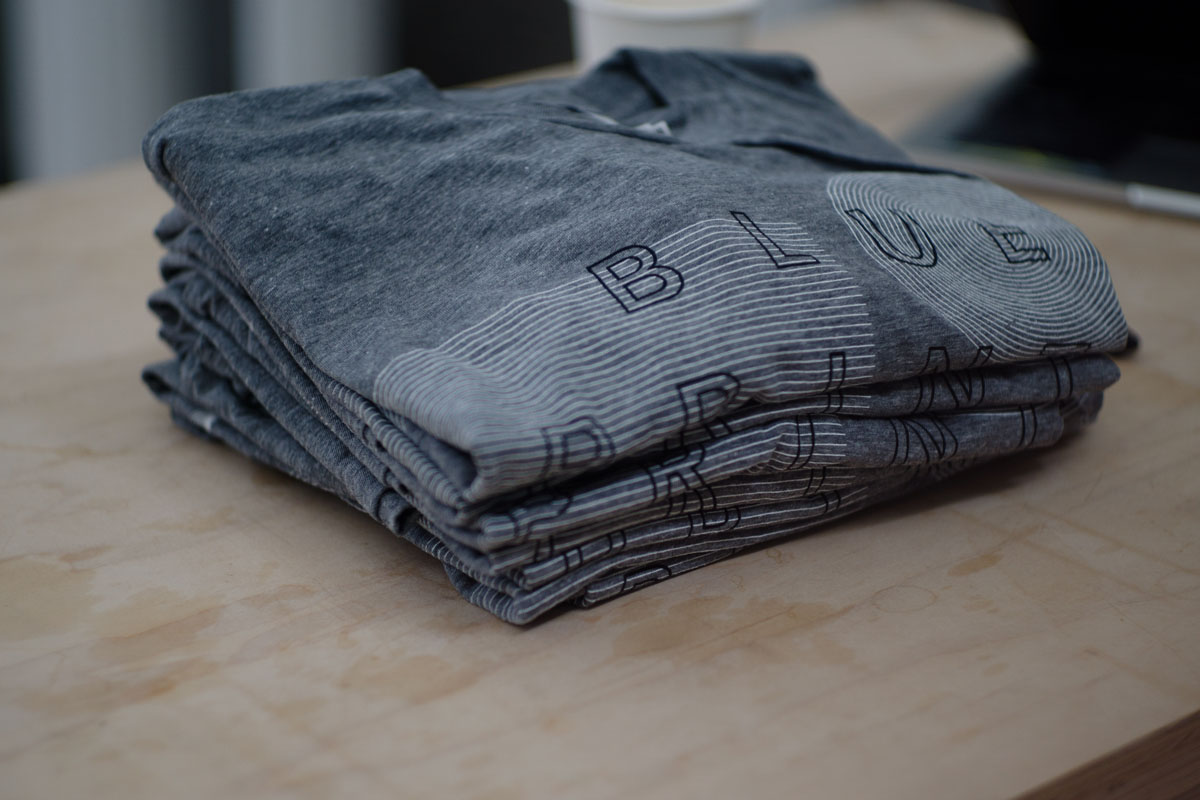 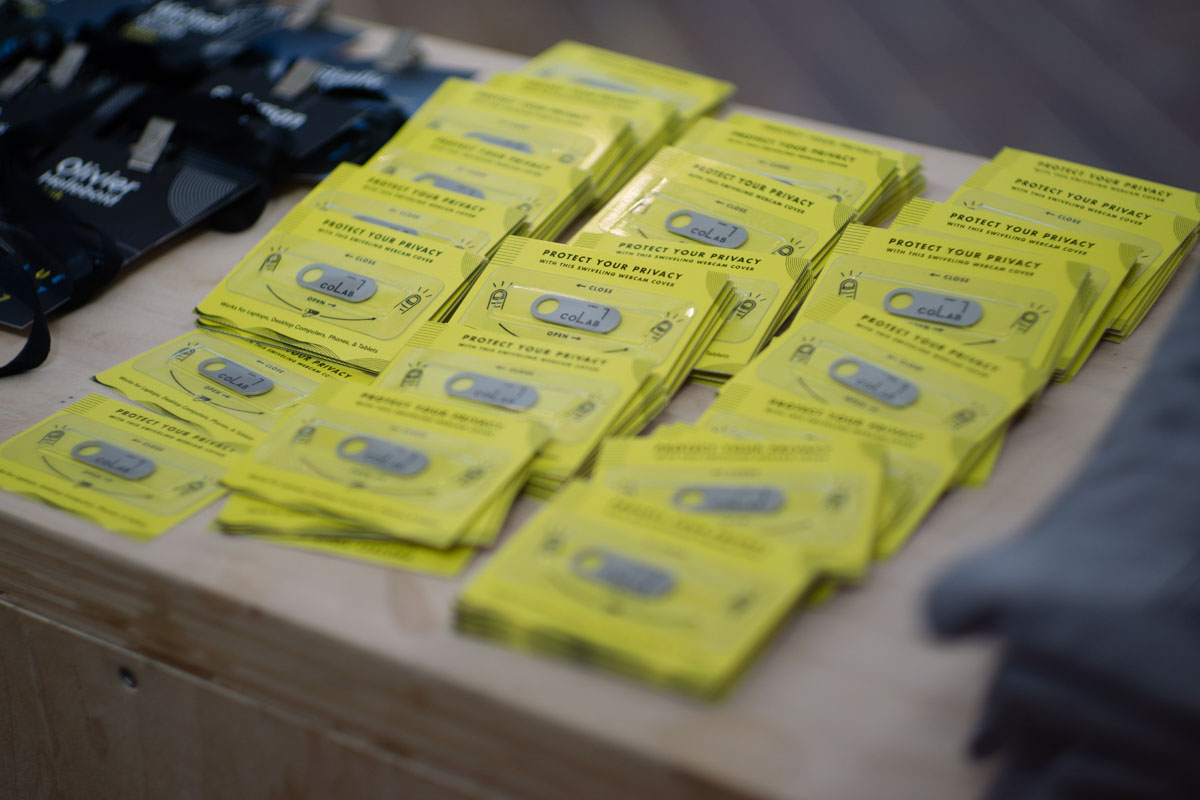 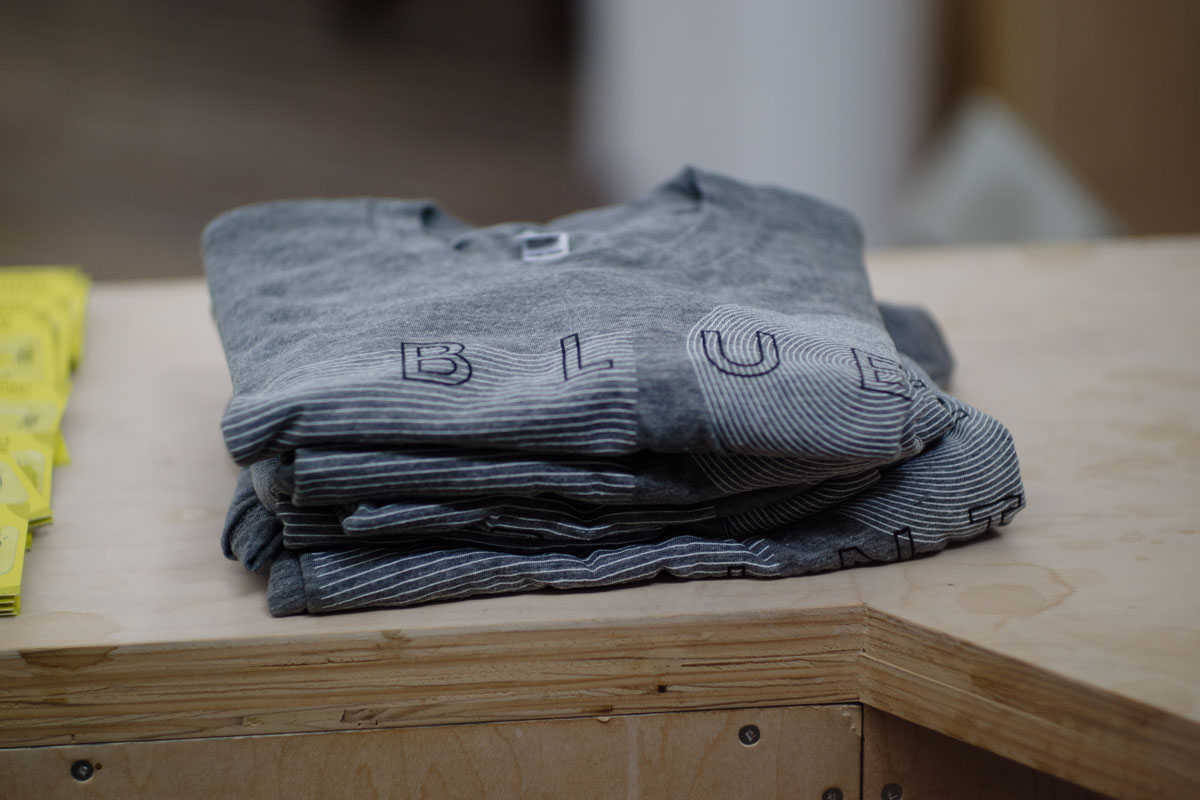 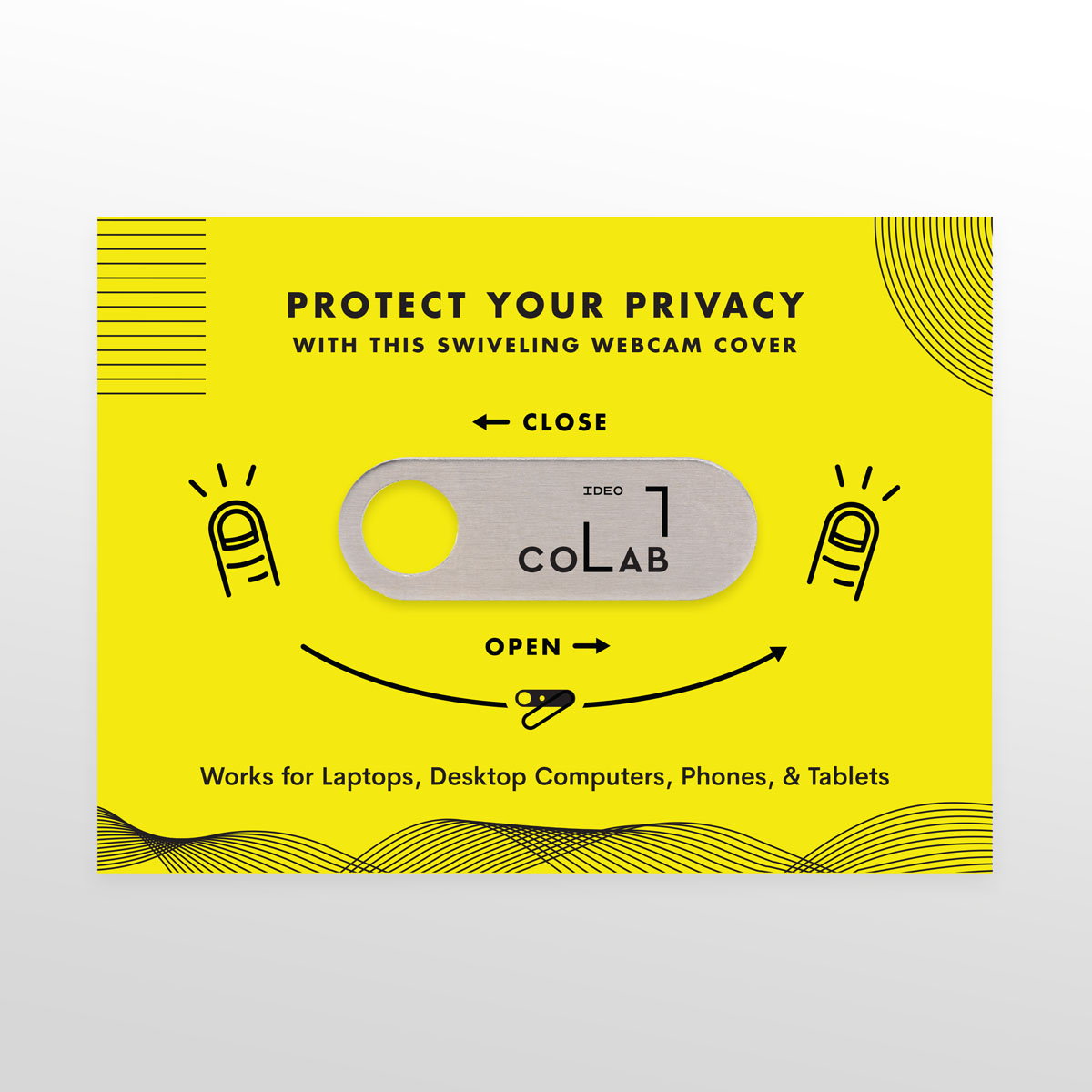 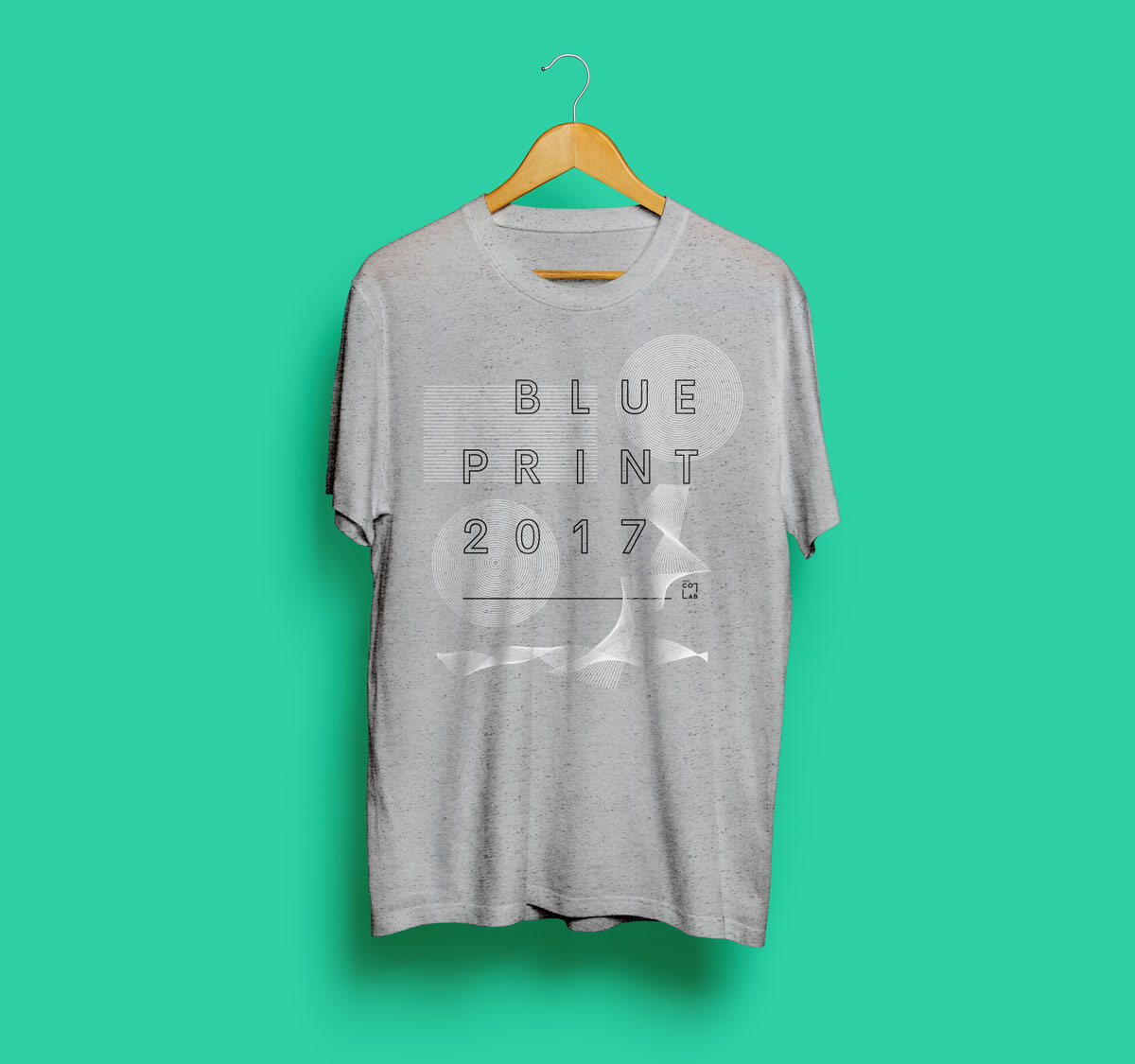 Blueprint through the years