Flux is a knowledge base of diversity & inclusion resources, curated by DE&I experts, Flux members can take advantage of curated workshops and resources for their companies to support internal promotion of healthy culture initiatives towards their inclusion progress. I led the charge on visual design & interaction design for the project with the support of Scout O’Beirne, the founder, along with Yasmine Hashemi, a UX Designer, and David Latimore III, the front-end engineer on the project.

I created a visual identity and illustration system for Flux to create a feeling of positive growth. The brand is full of colorful and warm flowers and plants, symbolizing a company’s culture as an organic ecosystem that must be diverse and varied to be more successful. Flowing forms give the feel of fluidity, as the flux brand seeks to meet companies where they are and instruct on proper practices and current views, while also acknowledging that those things will change as our society does.

The Flux logo is inspired by the West African symbol meaning Funtunfunefu-Denkyemfunefu, which depicts two crocodiles that share the same stomach, so neither of them survives without the other. Traditionally the symbol is a beacon against infighting & tribalism. Flux adopts a similar iconography using abstracted human counterparts arranged as a shared body as a symbol of unity. 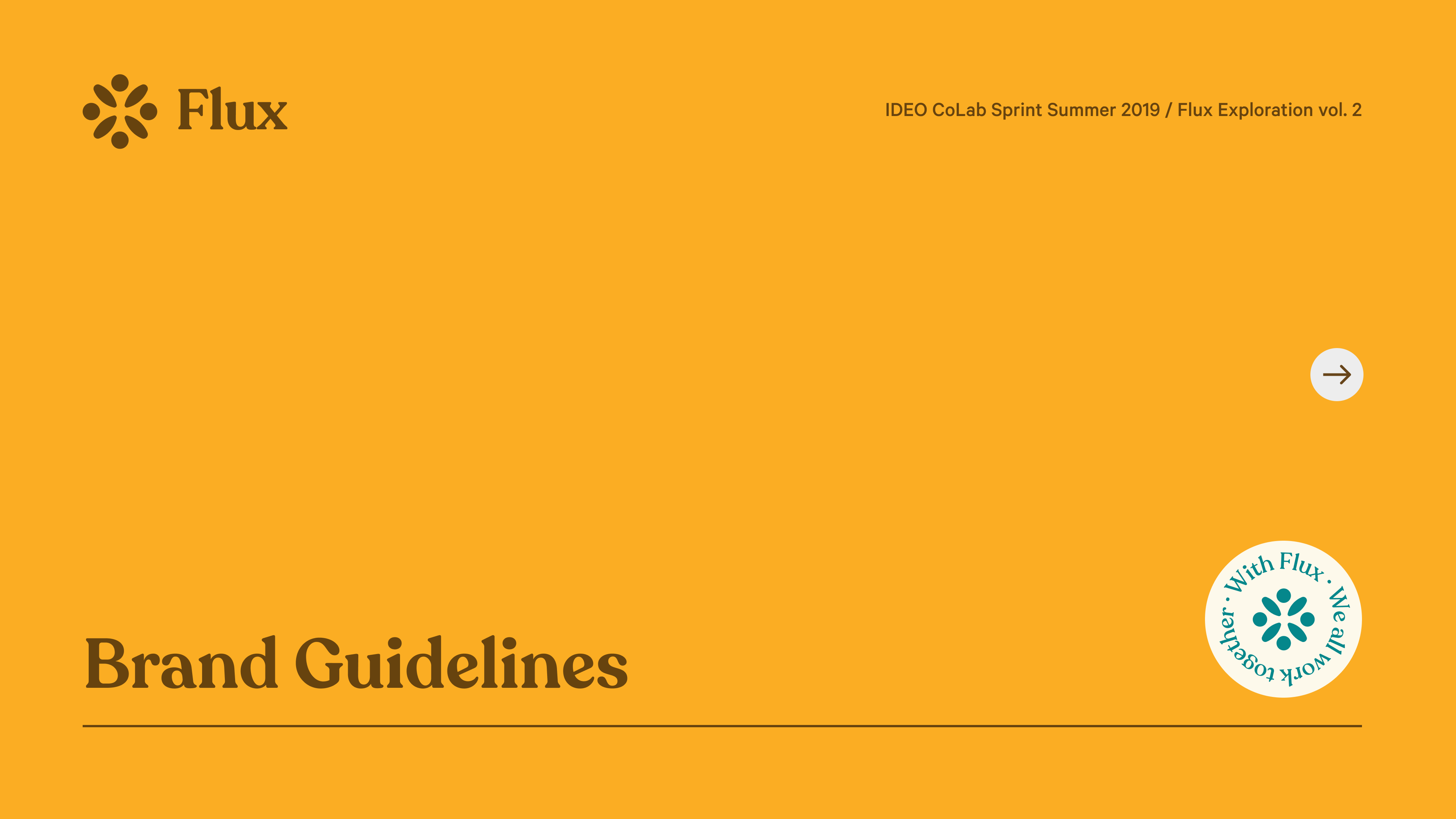 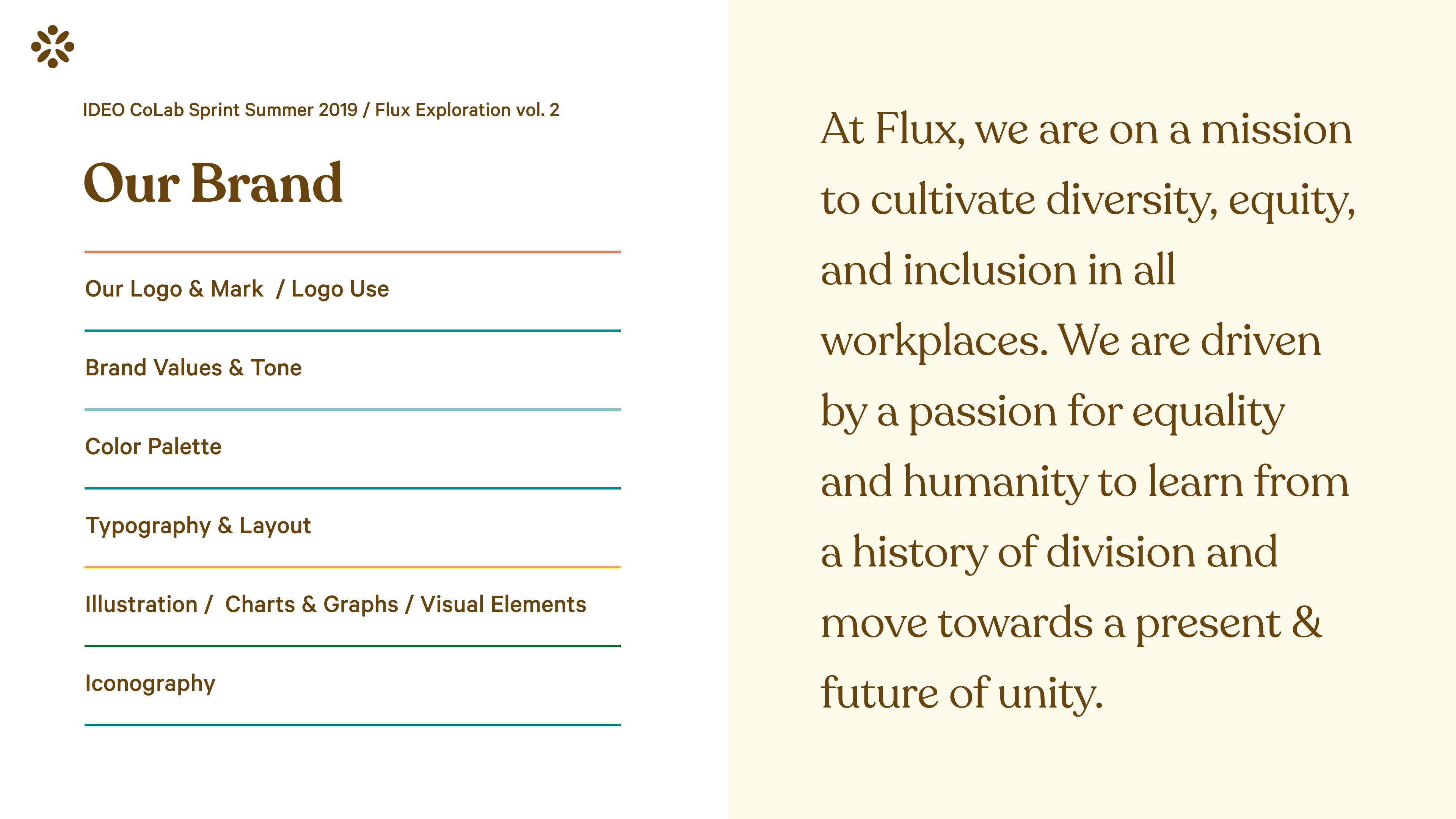 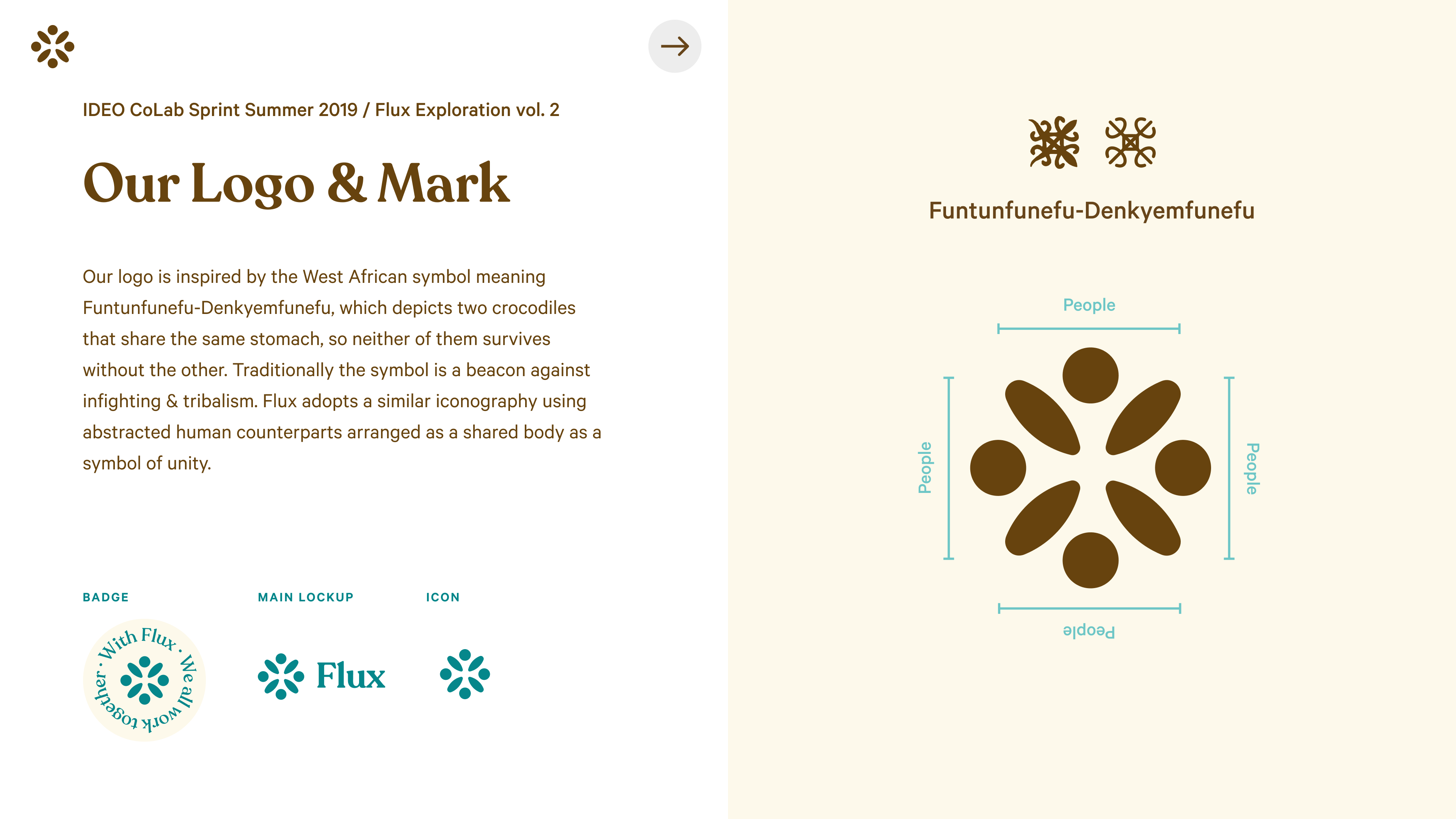 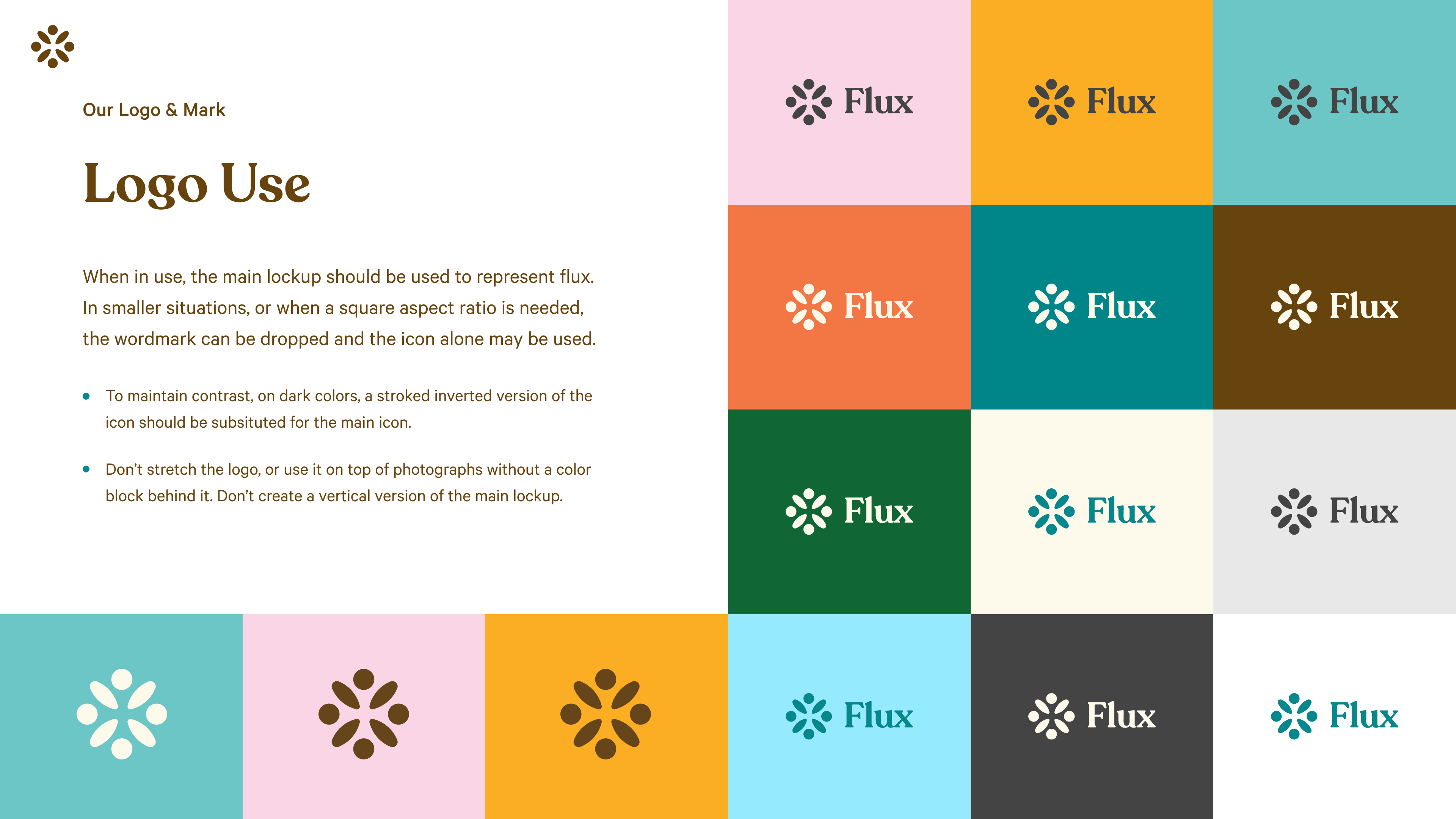 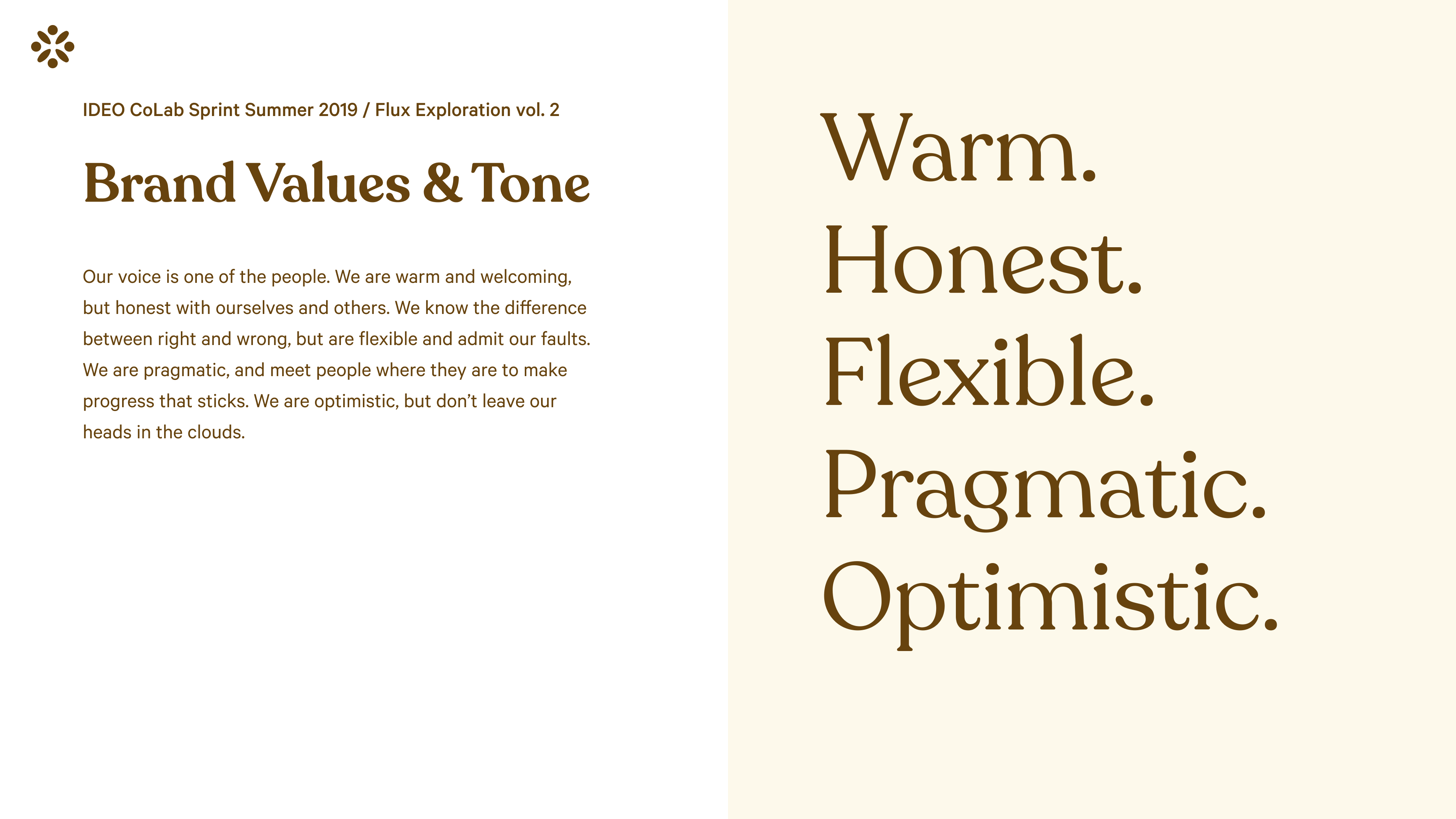 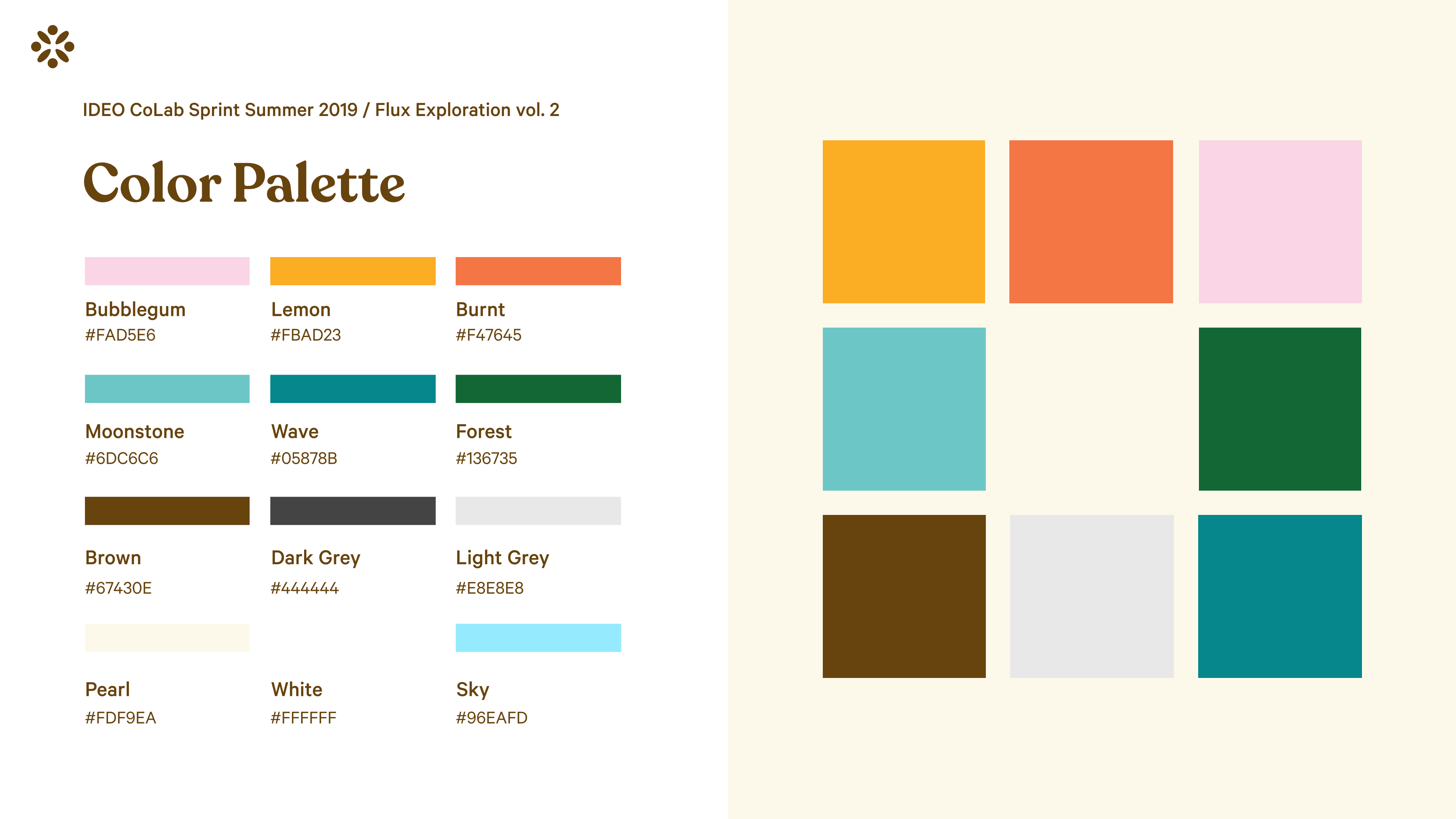 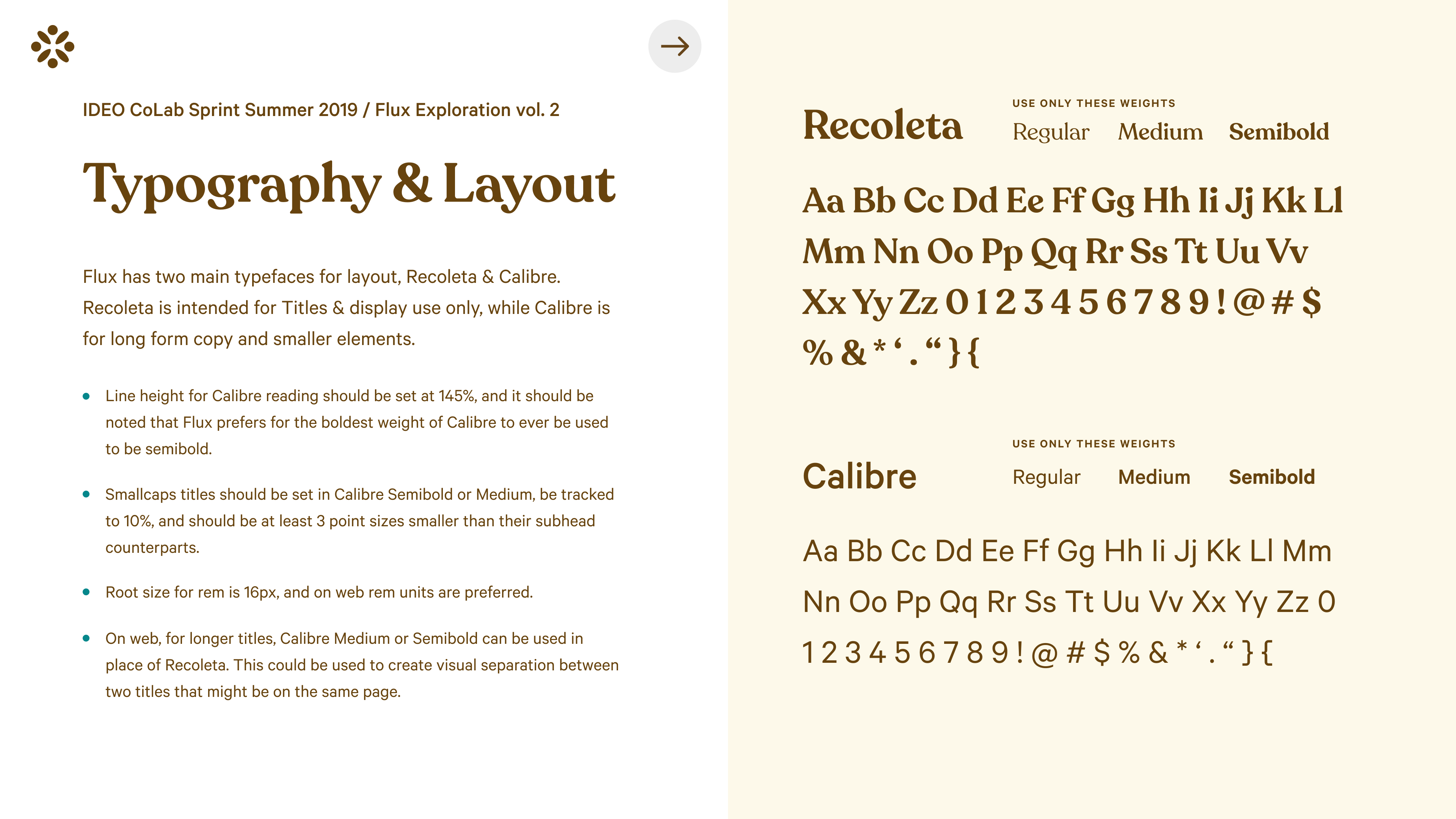 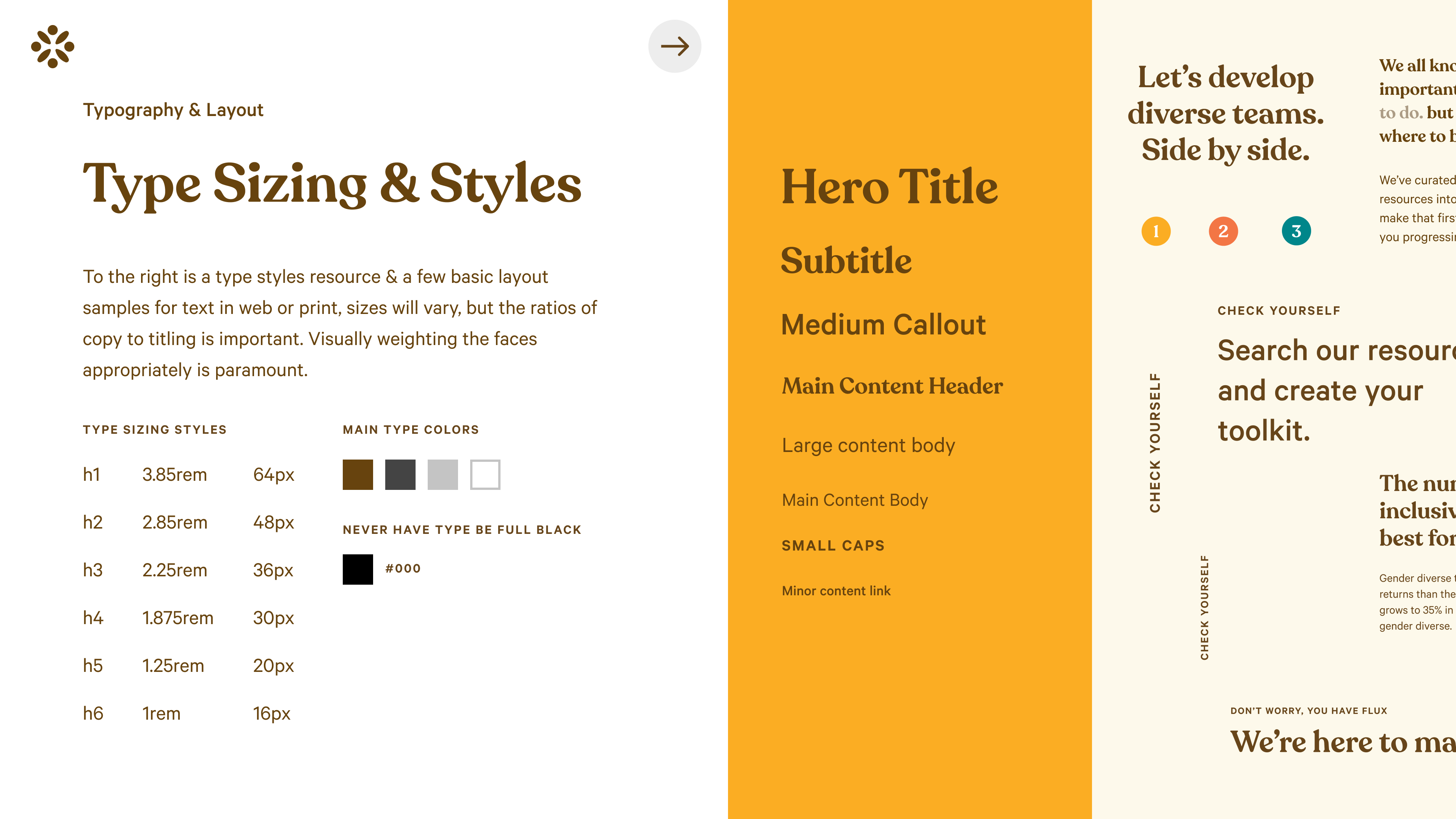 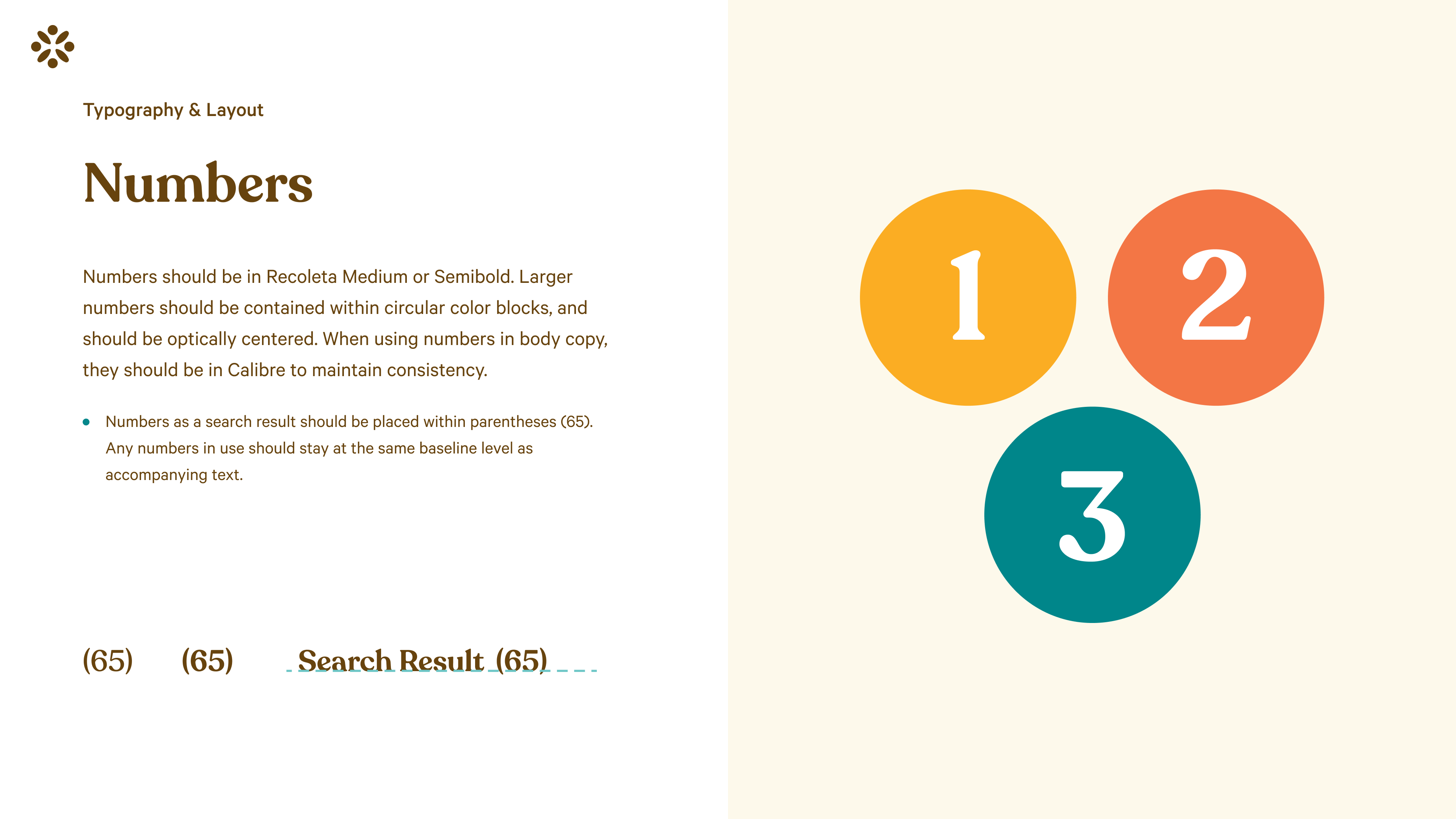 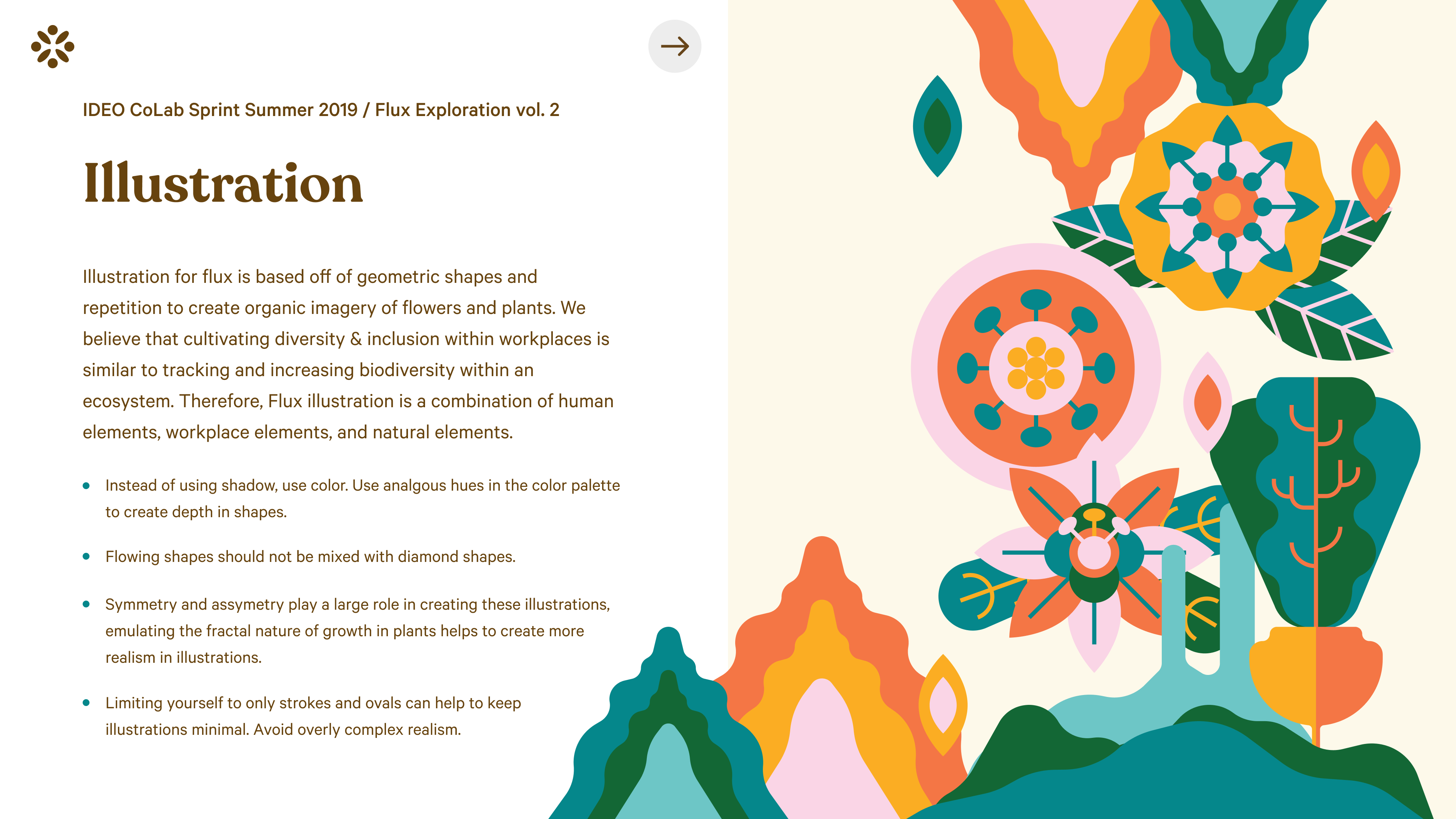 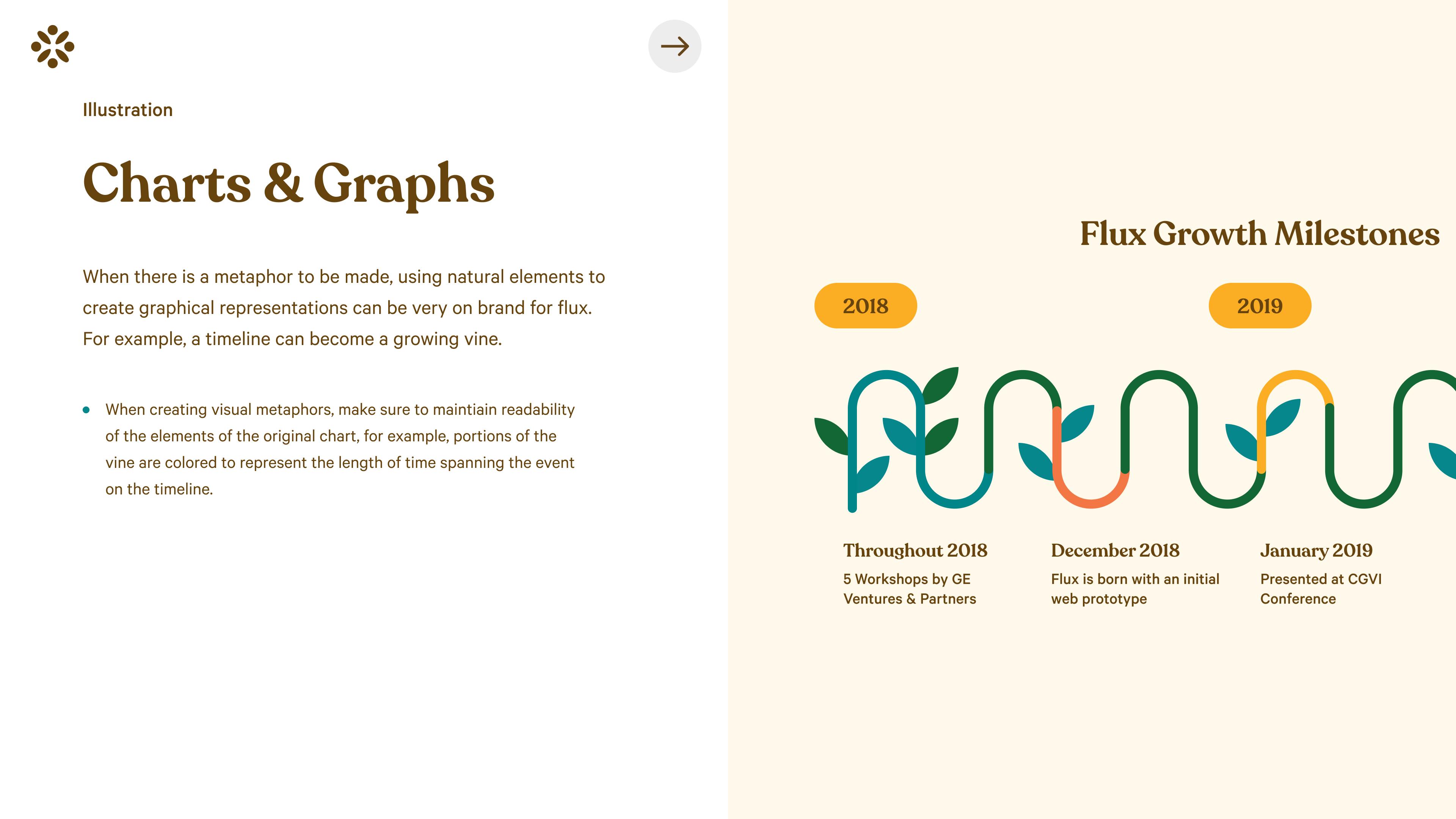 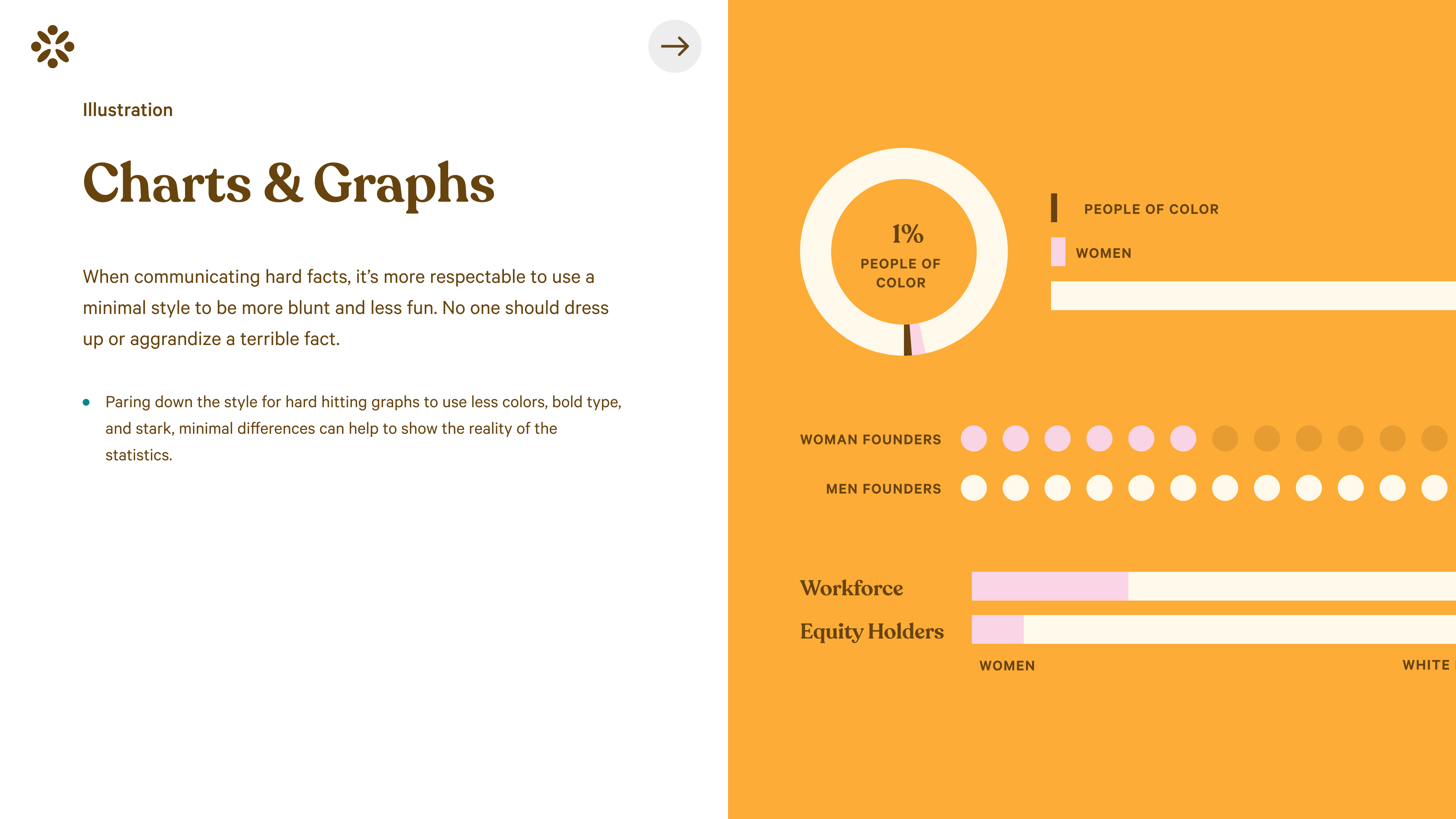 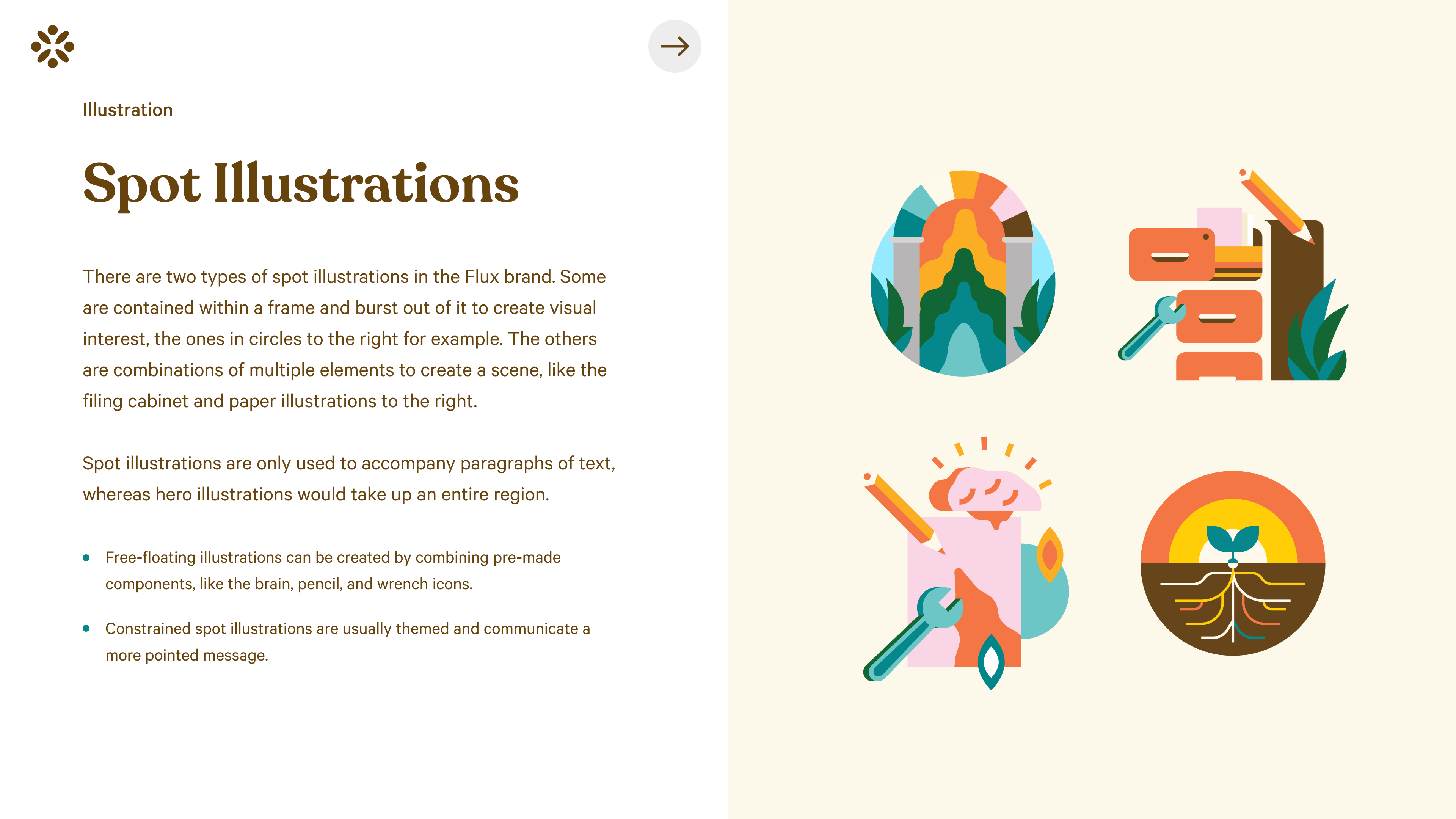 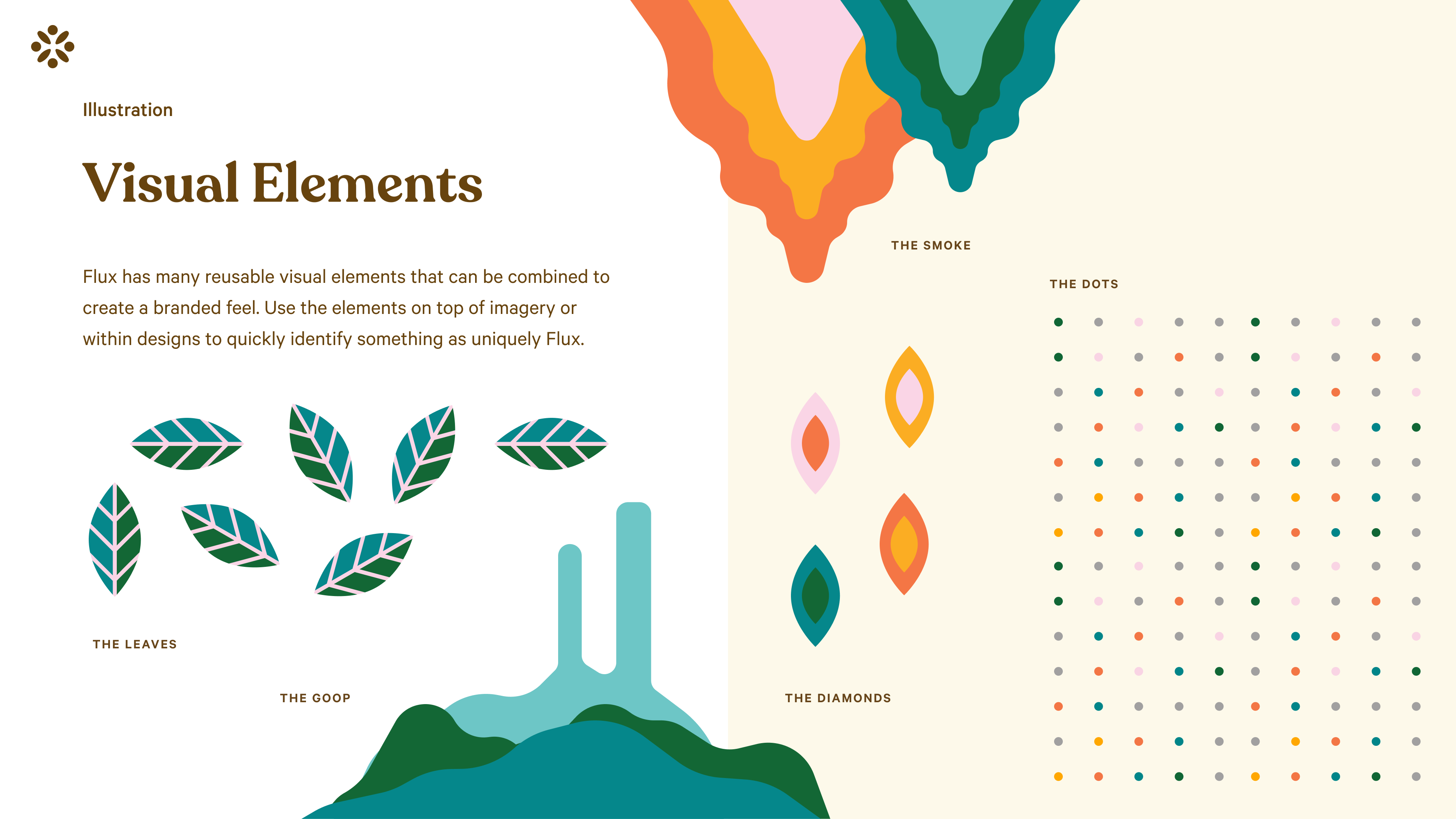 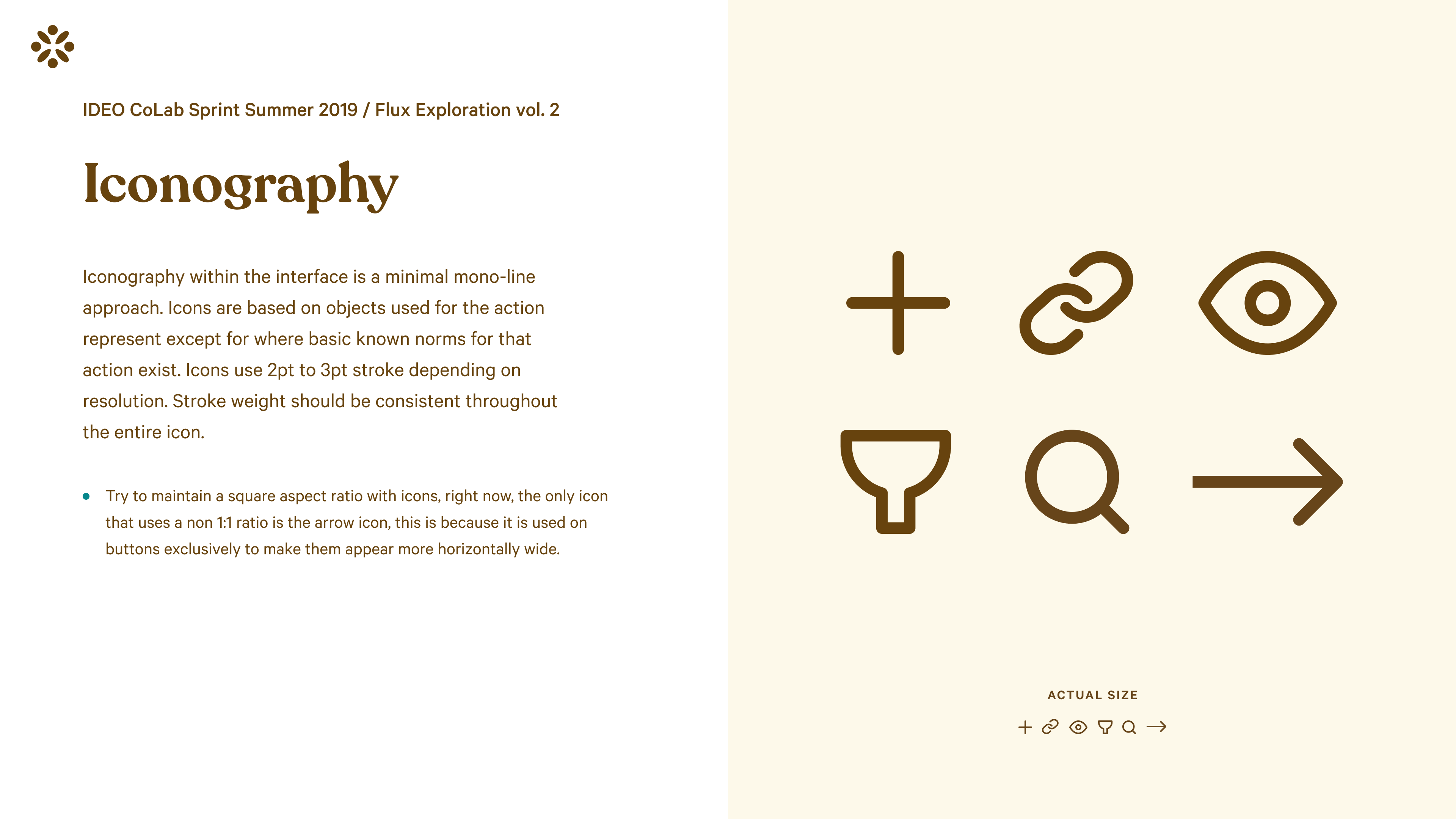 The website was refreshed with the new brand visual styles, and is currently in development.

I worked on interaction prototypes for the flux brand style to be very organic and playful, transitioning with quart easing to create the feeling of a living being that might be slow to change, but can move great bounds after a slow start.