A Hackathon to Innovate Outdoor Recreation

Trailhacks is a hiking and recreation hackathon where students and trail enthusiasts will use GIS data from Trailahassee.com along with other APIs, software, and hardware mashups to create new experiences and products for outdoor recreation. Foremost branded, planned, and will execute the event at Domi station on April 23rd, 2016. For Trailhacks, I chose to go with a direction that has a lot of texture and outdoor / map themes. We shot first person footage as well as live trail video for the site, and created various swag items for event attendees. 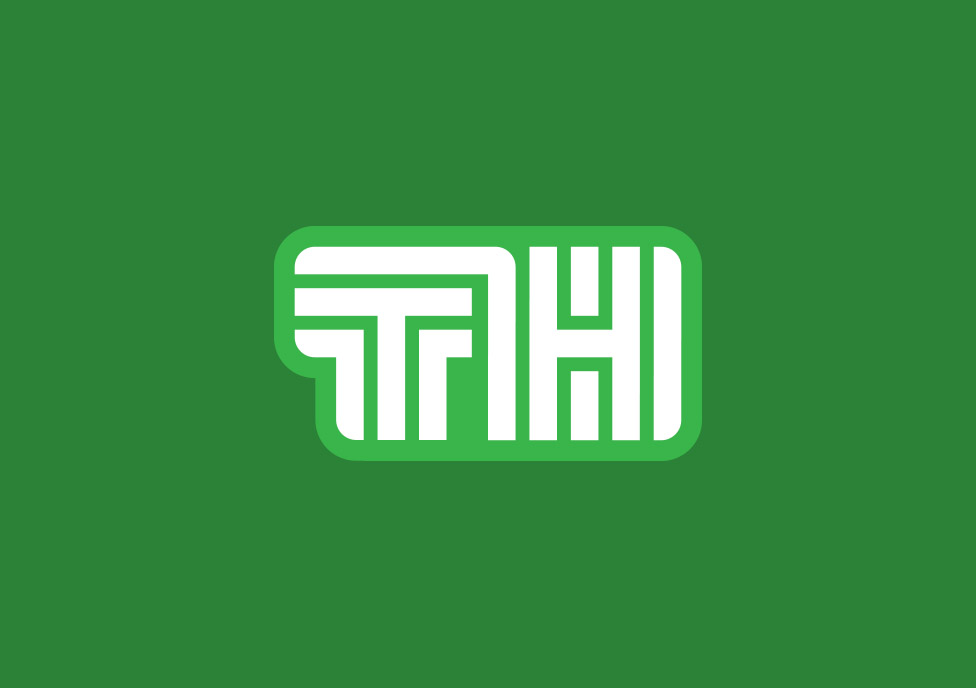 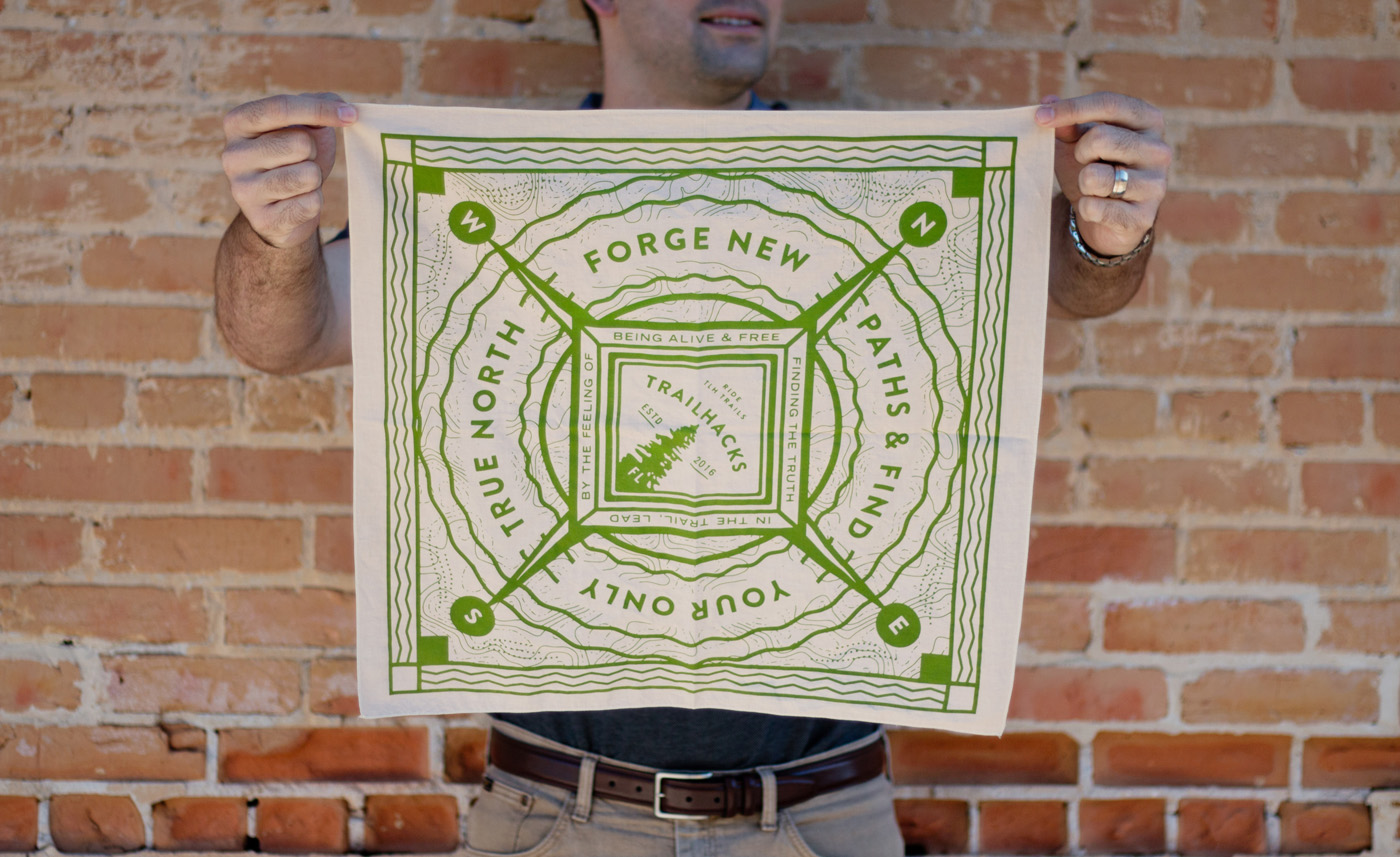 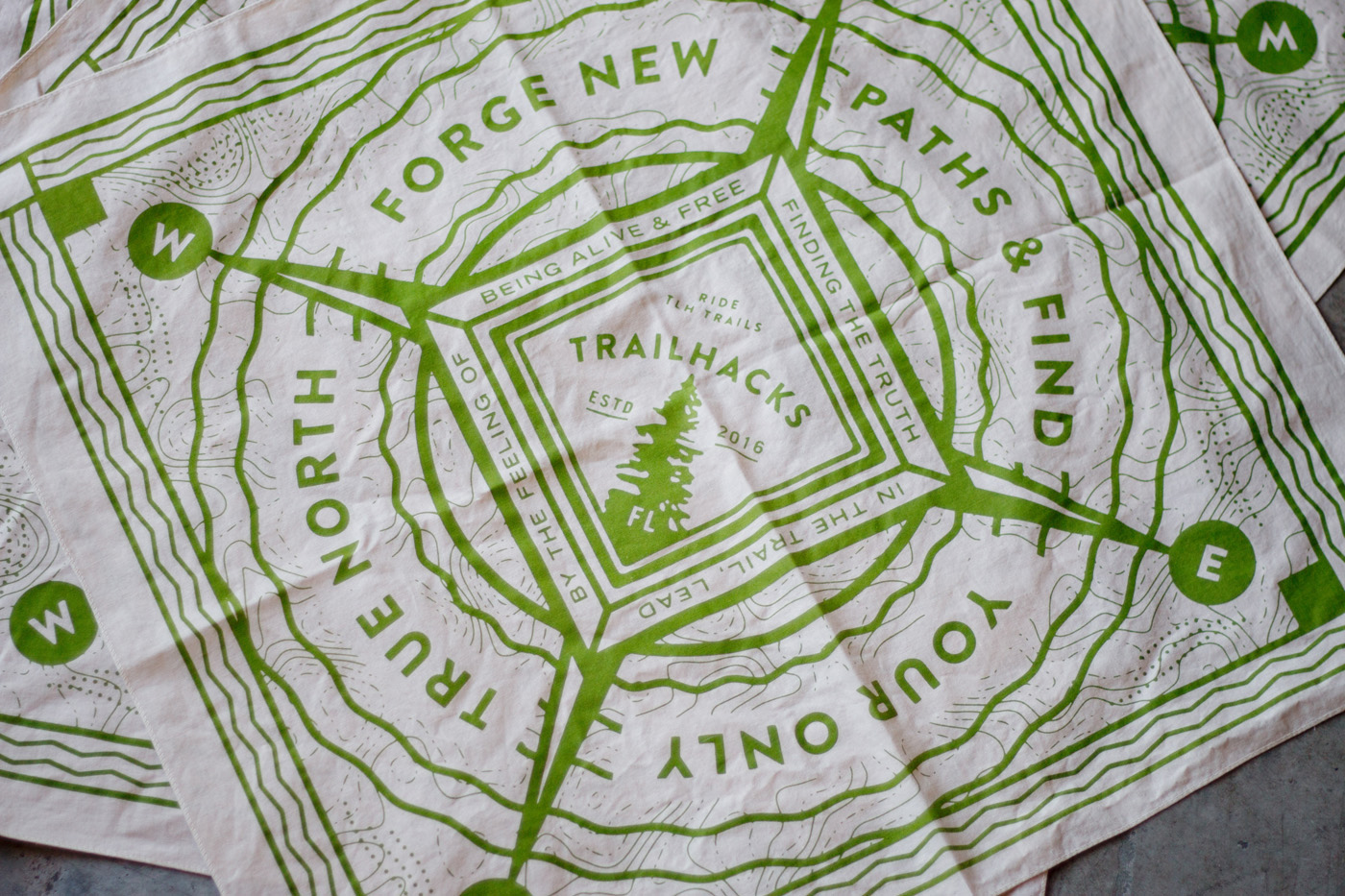 When tasked with creating an event, the Foremost team always finds new ways to create an experience that revolves around design. With Trailhacks, our team came together to truly capture the essence of local Tallahassee Trails.

As part of the research for the project we thought about what bikers, hikers, birdwatchers, campers, and trailmasters wore to explore on the TLH trailhead. We found bandanas were worn for shelter from the son, to tie off scrapes, clean hands, and carry items. So we created our own trail bandanas lined with a creed for the event participants that they could wear after Trailhacks. 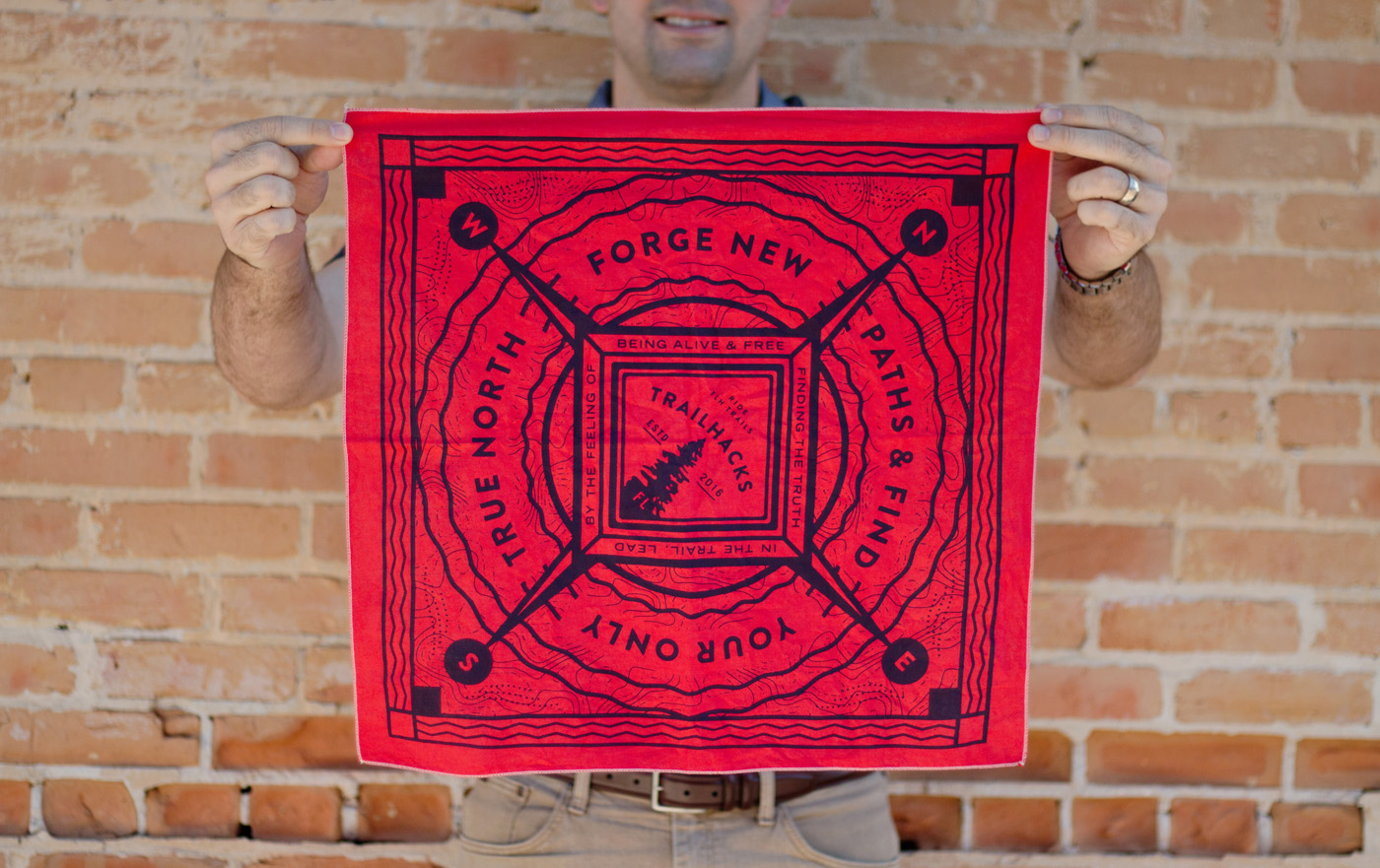 We decided that if we were going to truly create an event and site that spoke to trail enthusiasts and hackers, we would have to become trailgoers ourselves. A small team packed up a goPro, two DSLRs and a steadicam and hit East Cadillac, part of the Lafayette Heritage trail in Tallahassee which is home to mixed use trails for walking & running, birdwatching, biking, and even blue trails for canoeing and kayaking. 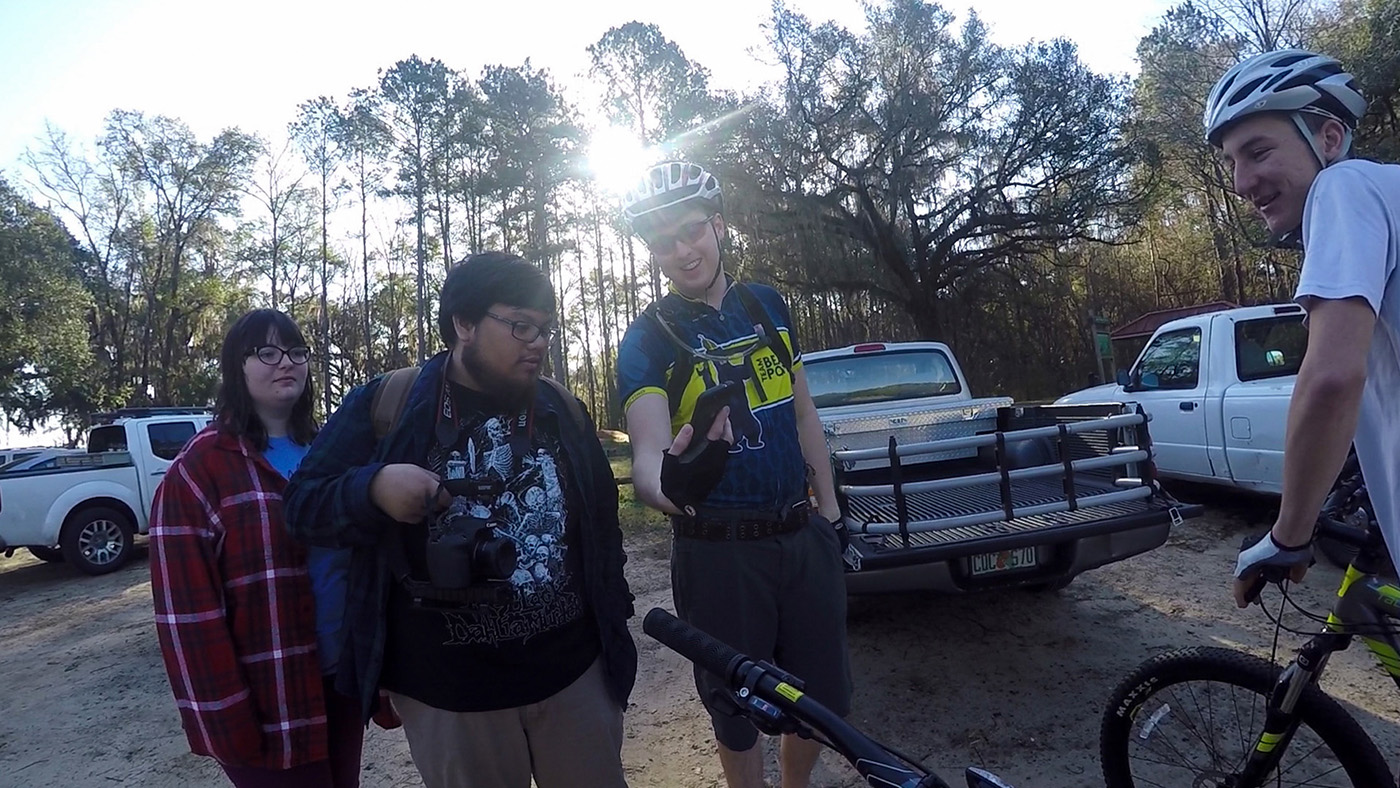 The videos were shot on multiple trips up and down the trails, about 6 miles each day. As an end result, the trailhacks site featured real trail footage that local eventgoers and could relate to.

Trail photos were captured to be used in promotional items such as posters and social media posts for the event.

The photos were meant to show the variety of terrain that can be found on the trails themselves. 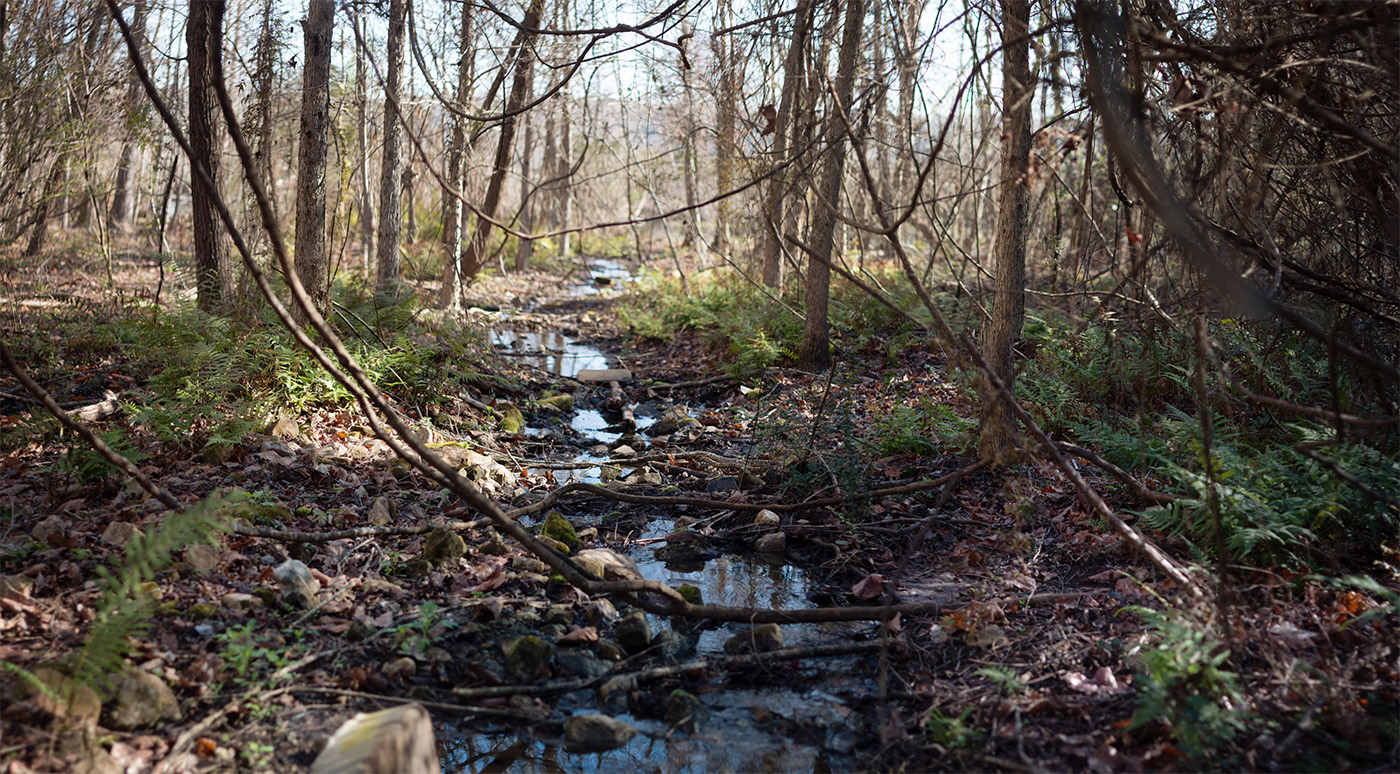 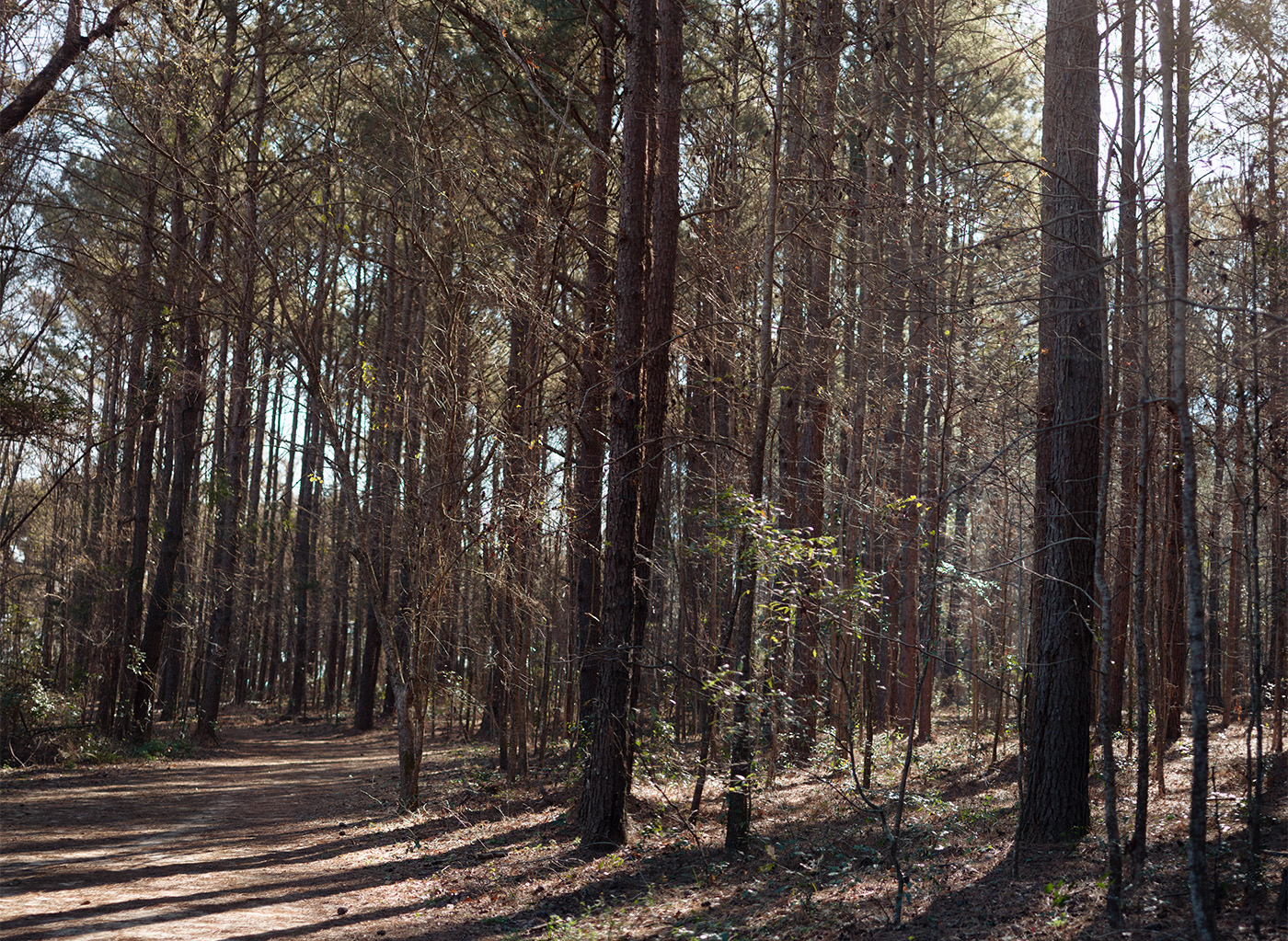 Leaves from the trail were scanned at high resolution and arranged to create poster and shirt designs for the hackers along with the identity, which was created to reference thick tire tread. Iron-on patches were created to commemorate the event as a gift for all the hackers that made it through the night. 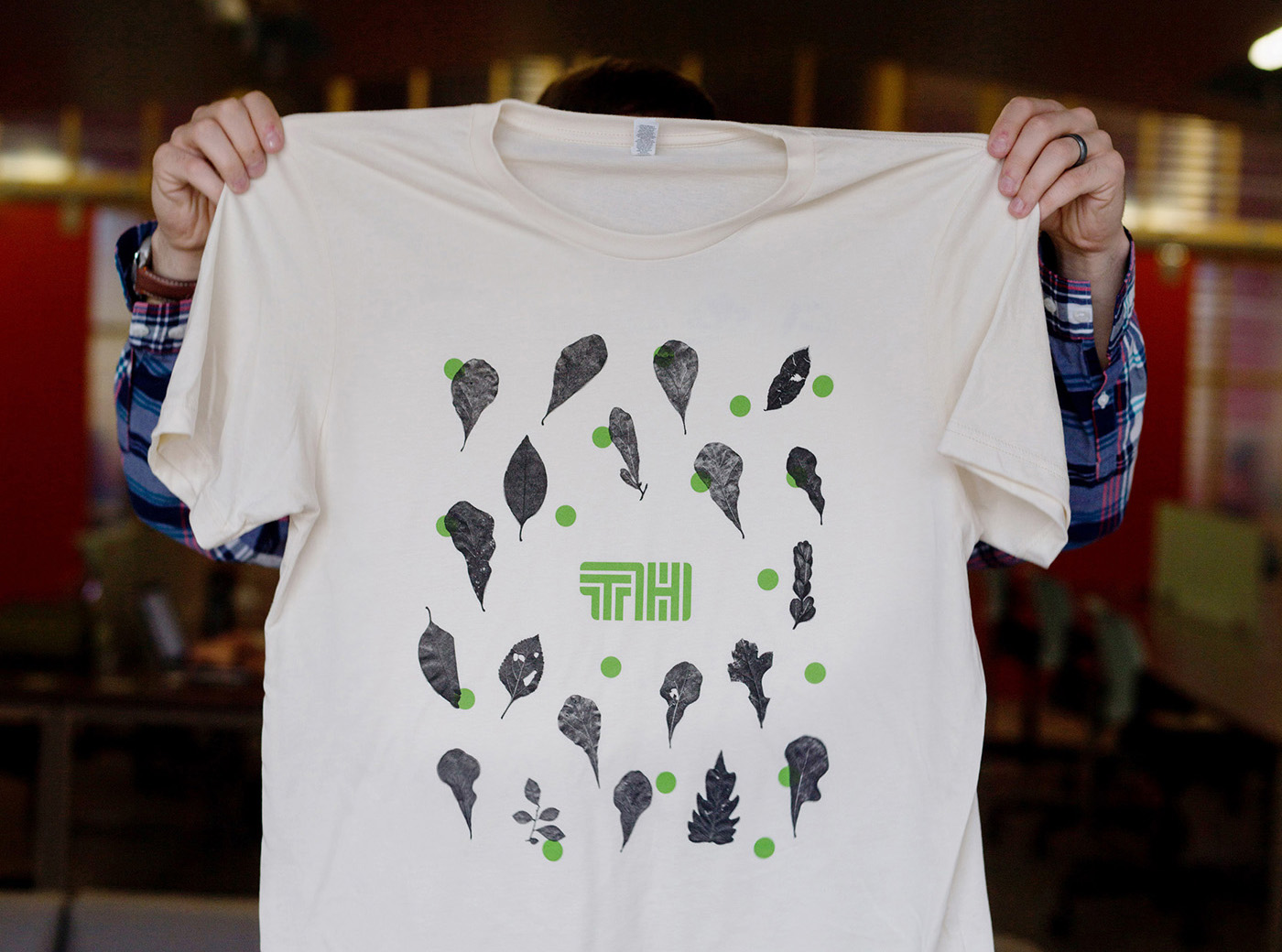 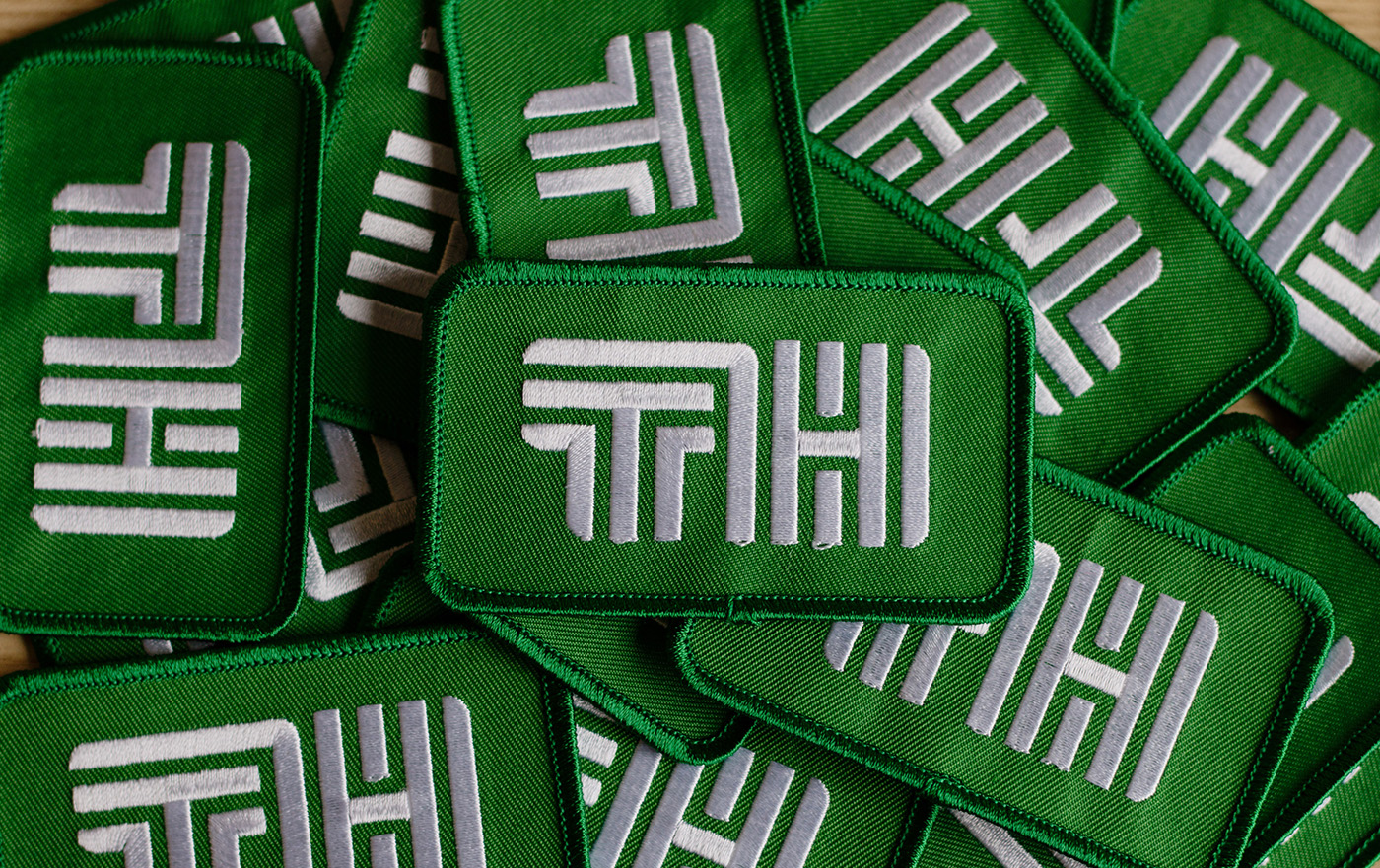 A variety of stickers were created for the event. The team favorite was the start of a series of stamps that will continue to be made for different events around the city. As a first stamp, the Trailhacks was commemorated with a design of the Lafayette Heritage trail, which houses East Cadillac. 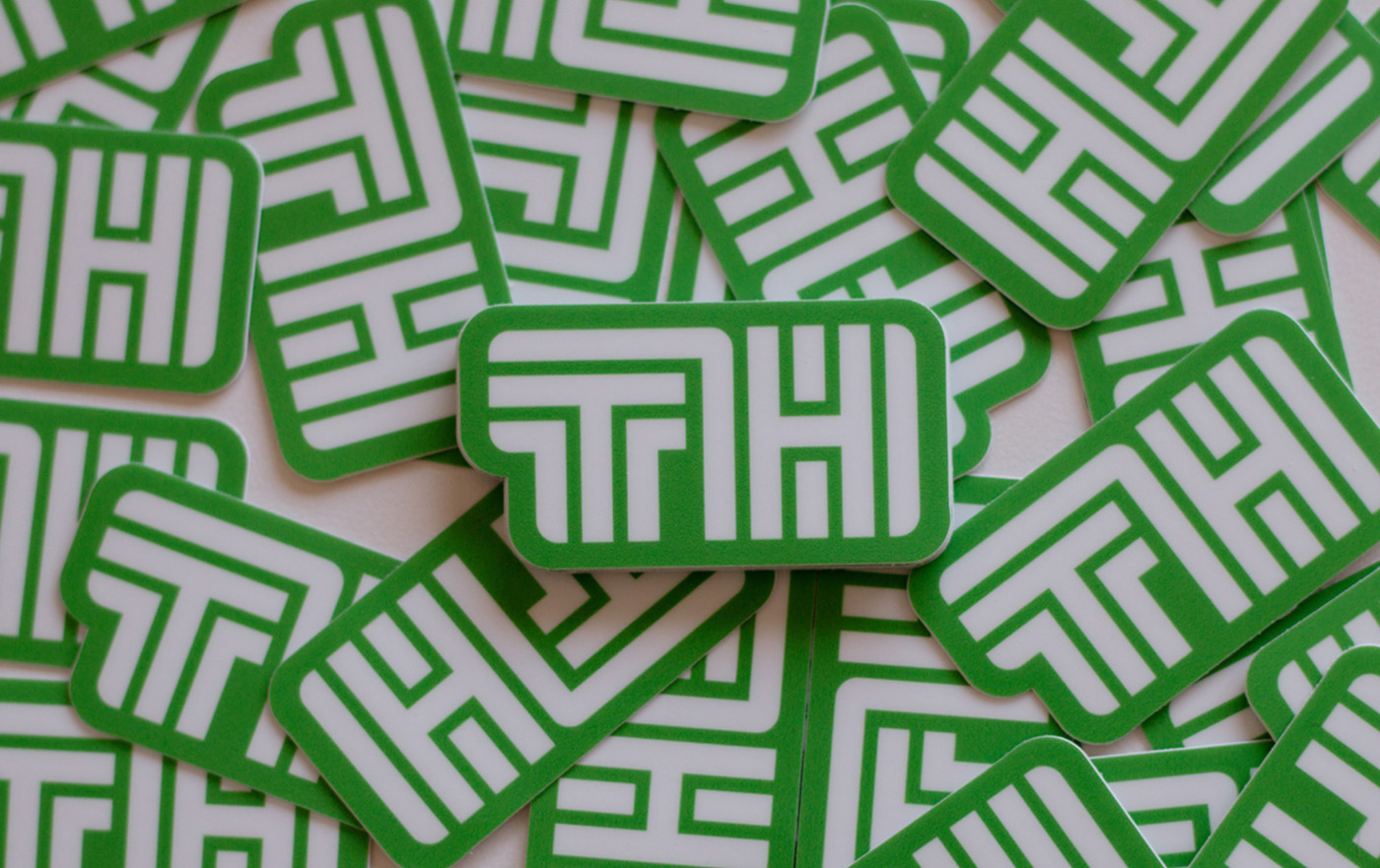 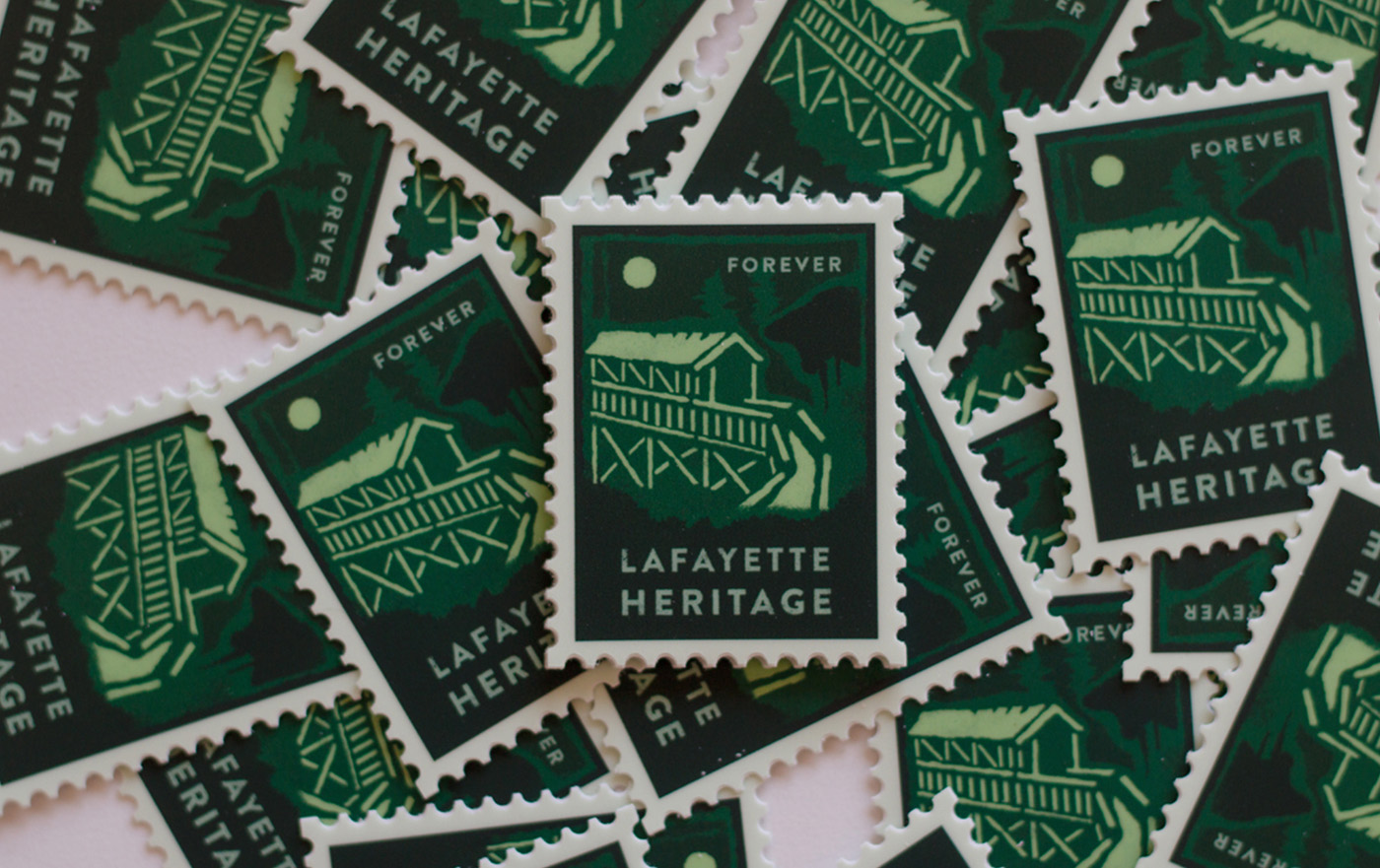 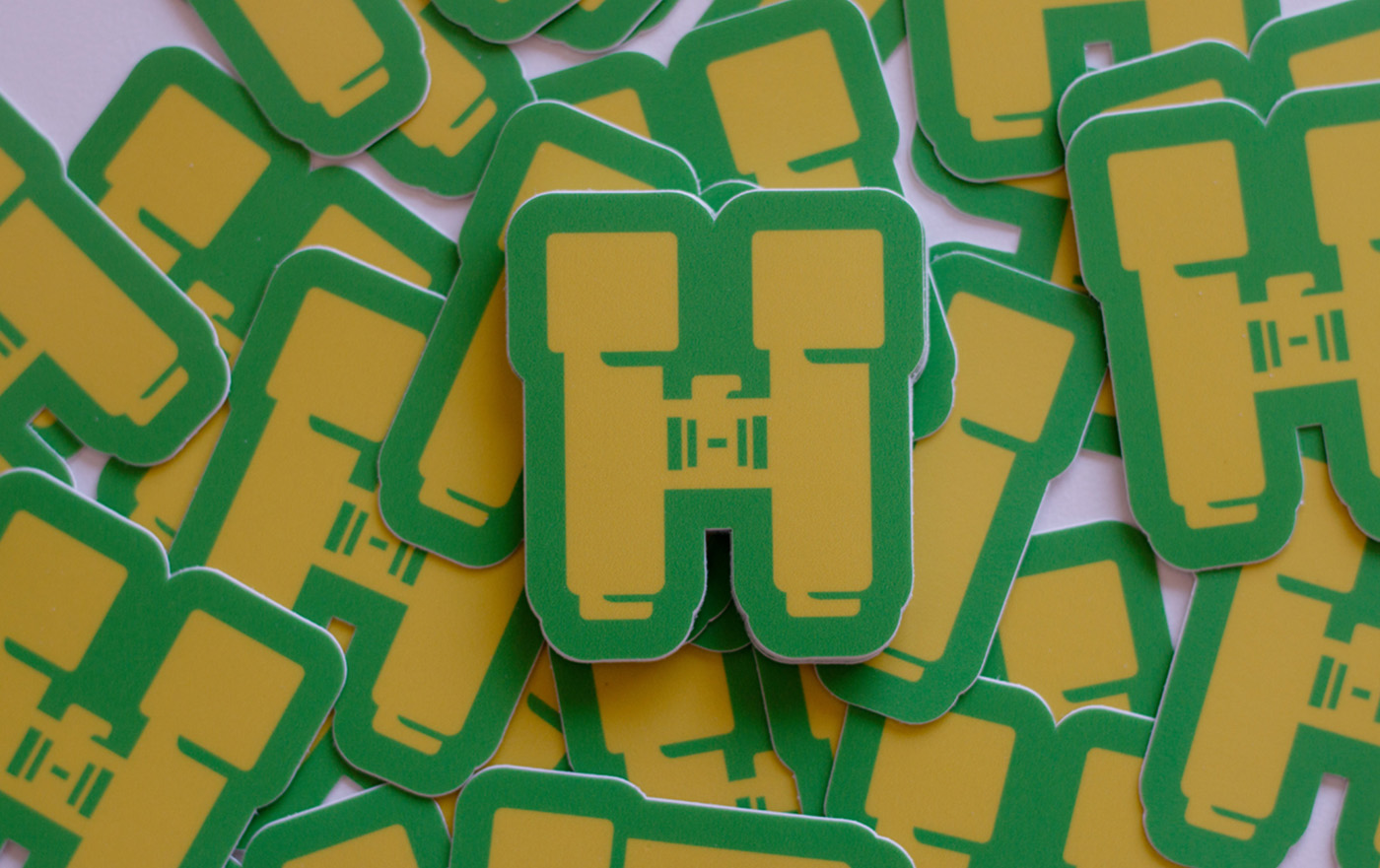 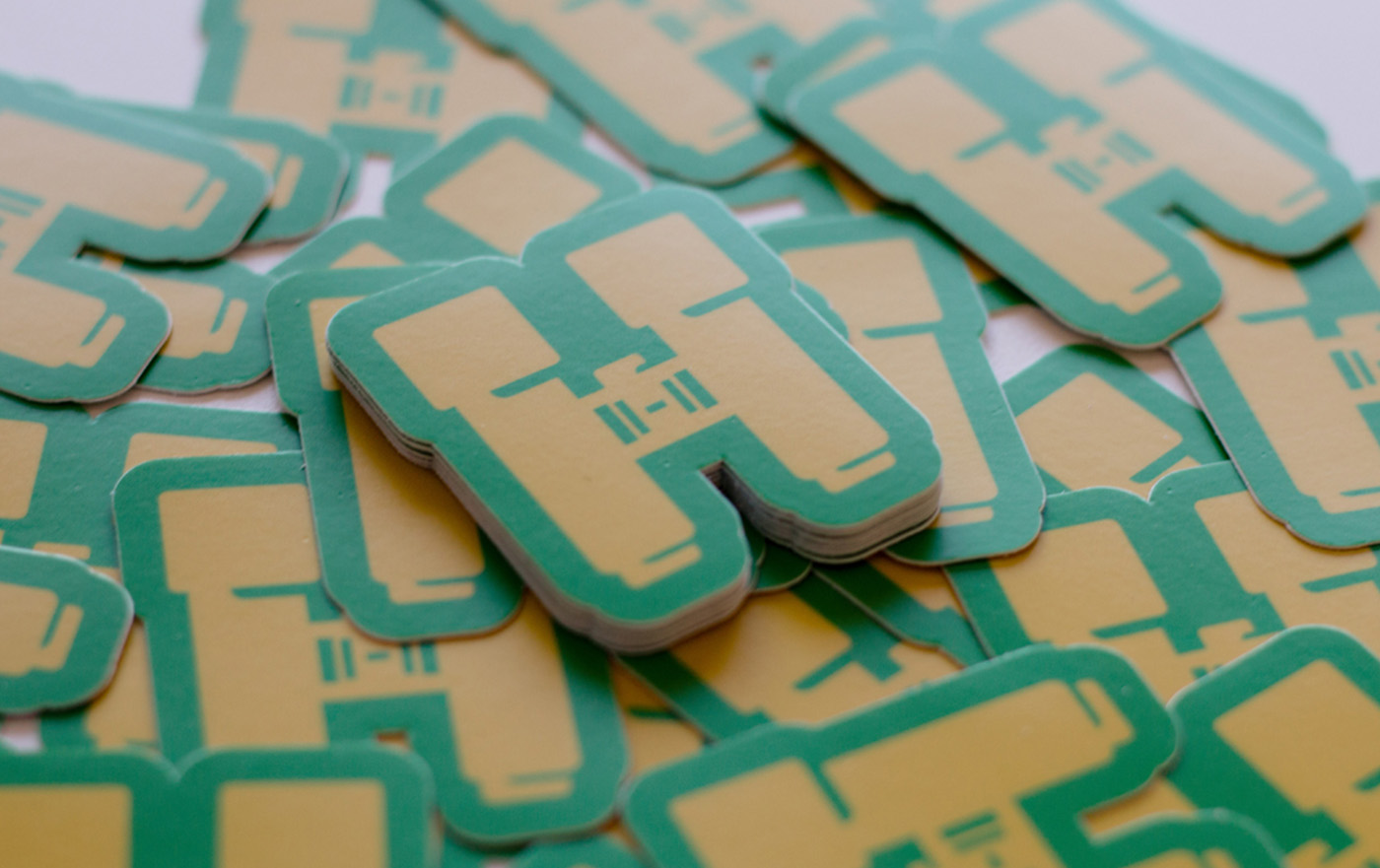 The Trailhacks site features the trail video, custom brand icons, and imagery. A static deployment, the site is lightweight and responsive, making it great for marketing and displaying the event schedule for the attendees.

Trailhacks posters were created and placed around town for promotion of the event. A larger version of the stamp design was created to become a screen-printed poster, but was never produced. 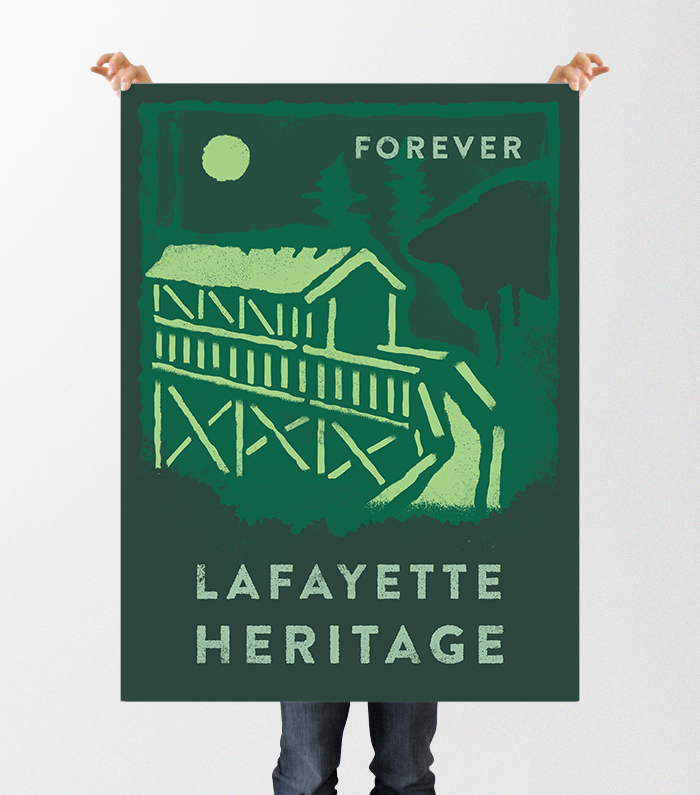 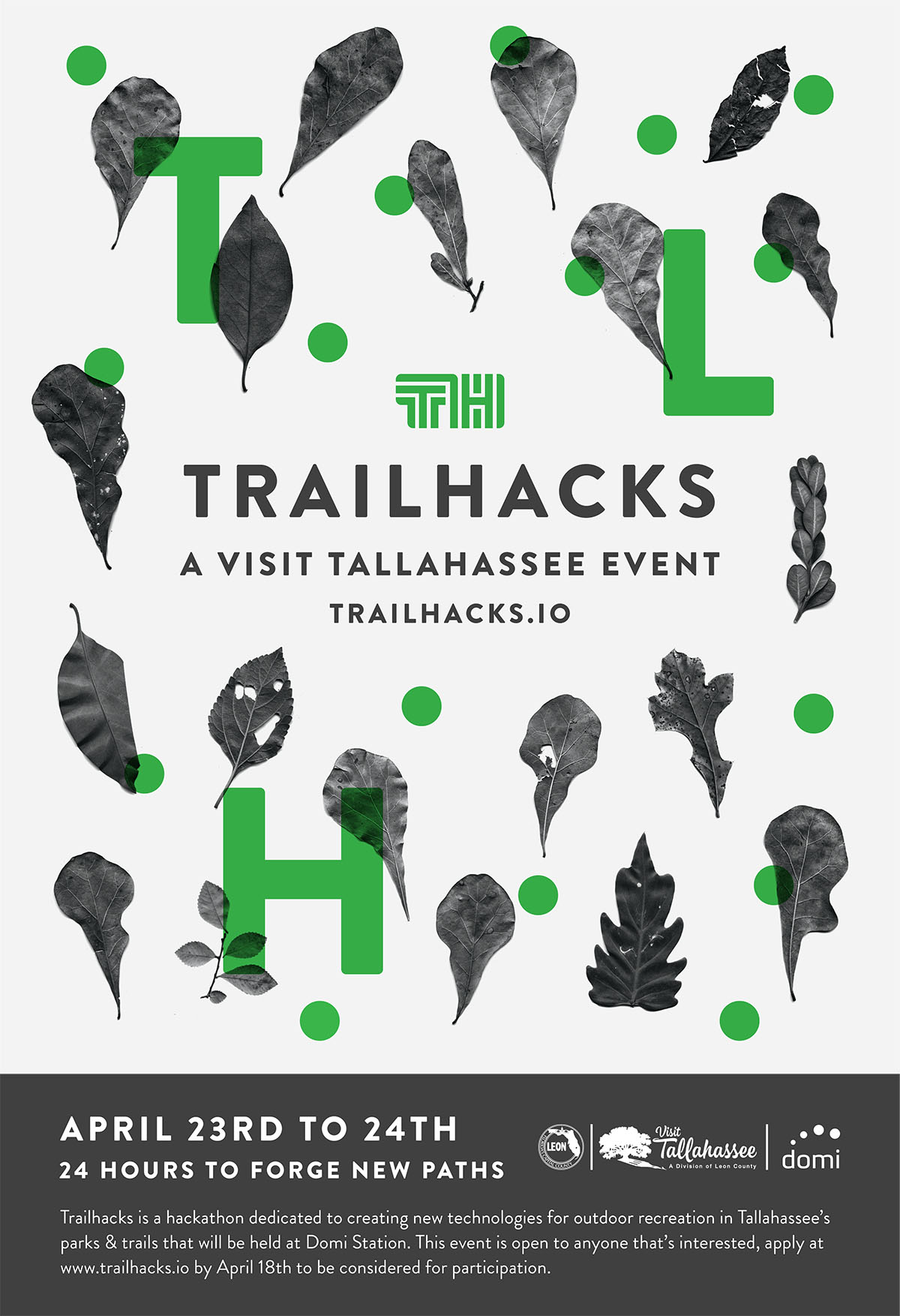